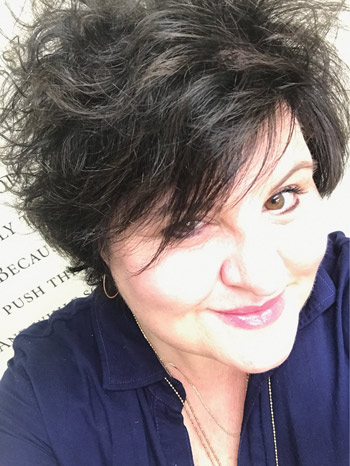 A smile is the shortest distance between two people.
— Victor Borge —

On August 8th, I received an email. Actually, I received many emails, but one stood out from the rest. One that wasn’t mundane, or administrative. One that proves our actions have lasting ripple effects, though we may not be aware they even existed.

You’ve seen a peaceful, circular ripple in the water caused by one little drop. We glance only long enough to take it in and let it go. If we stood there and watched longer, would it eventually make its way to shore? Does it ever stop? If so, what stops it?

Similarly, our actions are the drops that make circular energy ripples. Basically, the energy and attitude we exude ripples out to others, quite possibly in perpetuity. Even small things make a big difference. If you are in the grocery checkout line with an overflowing cart, and let someone go ahead of you, that action will not stop there. Chances are high that person will involuntarily be moved to do something nice for someone else, and so on, and so on.

According to Huffpost.com, “Four years ago, a customer in the drive-through line at a Florida Starbucks decided to “pay it forward” and buy coffee for the next car in line. Instead of just accepting the free drink and moving on, however, that customer returned the favor and bought a drink for the next person in line at the drive-through. It happened again…and again…and again until 378 customers had purchased drinks for the strangers in line behind them, a “pay it forward” that lasted 11 hours.
Back to the email I received on August 8th. It was from a reader named Kathi, who I haven’t officially met…yet. Here is her message:

Hello,
Your lead-in to Pink in the 8/18 issue reminded me of the one personal encounter I had with you—well kinda personal. I was under the weather and sitting in a parked car passenger side in the Harris Teeter parking lot waiting for my husband to pick up a few things. You pulled in next to me, and I just glanced up from my puzzle and nodded. You gave me one of the most beautiful smiles I have ever seen! This was over a year ago, and I remember it vividly. It made my day. So... thank you!
Ever hear of Harry Harrison? He was a radio DJ years ago in NY/NJ. Every morning he would say, “If you see someone without a smile today, give them one of yours.”I try. Have a good day! Thanks for the many upbeat messages over the years.
­—Kathi

Kathi’s sentiment filled my eyes with tears. I had no idea I had impacted her, or anyone, simply with a smile. The act is so small, yet the ripple effect so large. My smile made her day to the point that a year later she still has a “vivid” recollection of the moment, so much so she took time out of her day to write me. That means the energy from that smile has been bouncing around for over a year. How powerful is that?

Here are a few facts about smiling:1
1) Smiling is contagious. Neurons in our brains have a synchronizing feature that keeps in synch with who you are speaking to.
2) Smiling is like medicine. Big genuine smiles boost your immune system and decrease cortisol.
3) Forcing yourself to smile when you are sad will elevate your mood.
4) Smiling makes you look prettier. Studies have shown 70 percent of people find smiling faces to be better looking than non-smiling faces.
5) Smiling can reduce blood pressure.
6) Employers tend to promote employees who smile often.
7) It is easier to smile than frown. Myth buster: It actually takes more muscles to smile than frown, but it’s easier to smile because we work those muscles more.
8) A smile is a universal sign for happiness. No matter where you are in the world, or what the language barrier may have, you can spread joy and connect with a smile.

Are you smiling yet? I sure hope so. Did you read No. 4? Smiling definitely makes you prettier. It’s like a superstar—so captivating that no one notices anything else because they are intoxicated from the powerful positive energy radiating from your smile. Audrey Hepburn said, “Happy girls are the prettiest.” She’s right. It’s impossible not to see beauty in a smile.