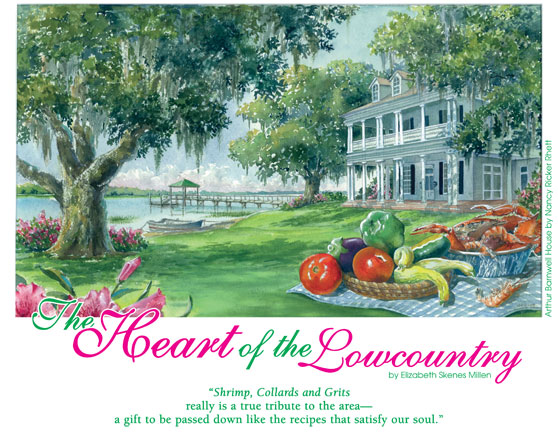 Pat Branning is a master gardner, a cancer survivor, an author, and a Southerner. She actually could have gone either way, having lived in the North for a spell, but she chose to be Southern and got here as quickly as she could. I recently caught up with Pat for lunch at the May River Grill in Bluffton, which proved to be a delightful three hours of food, friends, and a few surprises, too!

Pat arrived at the restaurant before I did, though I must note that I was on time. I had not met her yet, but I knew her as soon as I saw her. Pretty in pink, both in dress and lipstick, her gracious, bright smile was a beacon that led me to the table where she had already settled in, and a precursor to our afternoon together.

I learned that Pat Branning has had a long illustrious career in the media world that actually began while still in college at the University of Georgia. There she worked for the school radio station. As a degreed journalist, it was only natural that she would seek a career where her experience could grow. However, for Pat, there was more to it than that. "I was in Atlanta looking for a job and I saw this building with gorgeous, white antebellum columns: I knew that was where I wanted to work." Luckily, it was the NBC radio affiliate and they tailored a job just for her-Women's Director of Radio.  While she really enjoyed getting to interact with Ralph McGill (Publisher of the Atlanta Constitution, Pulitzer Prize winner, and anti-segregationist activist), albeit co-judging beauty contests, she soon realized that she was to cover the fluff-you know, "stuff for women"-and started campaigning to cover hard news stories. After being turned down repeatedly, one afternoon a major story broke. Martin Luther King had been shot, and she was sent downtown to cover the funeral. She was the only female journalist on the scene. 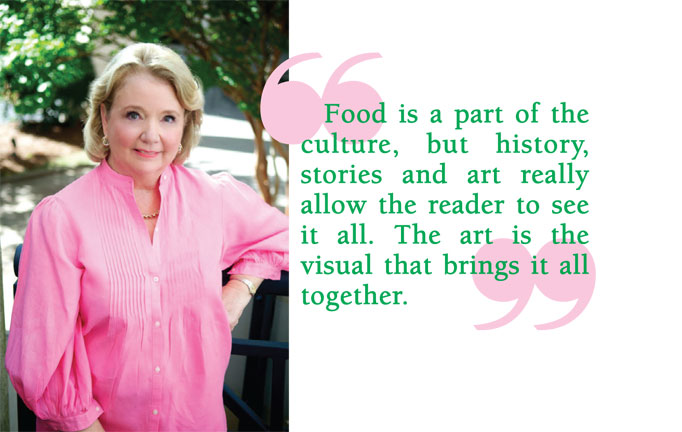 In 1972, Pat and her husband, Cloide, moved to Beaufort and purchased Pleasant Point Plantation. They lived in the old Arthur Barnwell plantation house that came with the land. Interestingly enough, the first time they ever stepped foot on the property, they were greeted by the owner who noticed their license plate was out-of-state (Georgia). He shouted out, "Welcome to the land of shrimp, collards and grits!" With that, they decided to stay.

I was familiar with Pat's new book, Shrimp, Collards and Grits: Recipes, Stories and Art from the Creeks and Gardens of the Lowcountry, as I had already tried out the black-eyed pea hummus recipe and fixed it for a crowd-sweet potato chips and all. It went over well, just like I know Pat's book will. Shrimp, Collards and Grits is so much more than a cookbook. It is a beautiful, hardback collectable filled with the heart of the Lowcountry. "This book is truly a love story about a place I fell in love with a long time ago," said Pat, looking me straight in the eyes in the most sincere way. It is easy to see that this book has been a labor of love, as her passion is present on every page. The book not only features hundreds of delicious, well-researched recipes, it also features a fine art pictorial from the likes of well-known greats such as Ray Ellis, Nancy Ricker Rhett, Joe Bowler, Ken Auster, Steve Weeks, Karen Jurick, Ed Funk, and more. In addition, Pat has included delicious, juicy stories that embrace Lowcountry history, lore, and traditions. "I wanted to give something to the reader that would say it all," said Pat. "Food is a part of the culture, but history, stories and art really allow the reader to see it all. The art is the visual that brings it all together," she explained. Shrimp, Collards and Grits really is a true tribute to the Lowcountry-a gift to be passed down like the recipes that satisfy our soul. 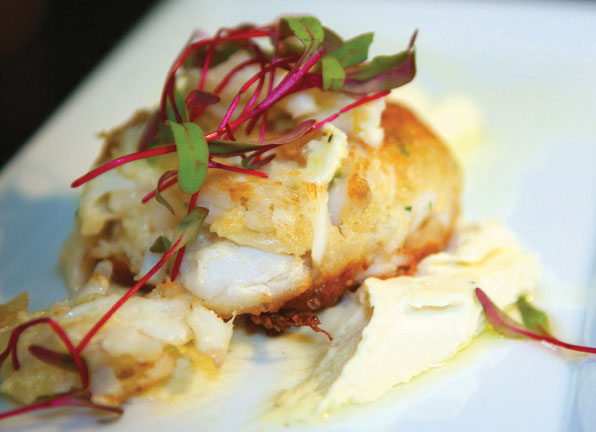 In a large bowl combine crab meat, egg, bell pepper, mayonnaise, prepared mustard, cayenne pepper, salt and pepper and gently mix. Use just enough of the bread crumbs to bind the crab meat mixture together. Shape into four cakes and coat with the flour.

Heat a small amount of olive oil in a skillet until very hot. Add the crab cakes to the skillet and cook until golden brown on both sides. Serve warm with Lowcountry Aioli. Yields: 4 crab cakes. 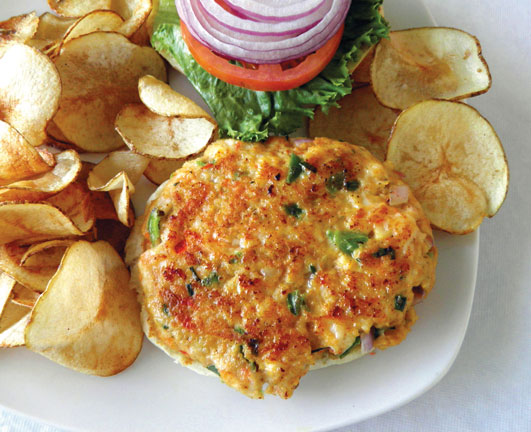 Cook and peel the shrimp and chop coarsely. In a large bowl mix the shrimp with the scallions, celery, parsley, and lemon zest. Stir in the mayonnaise, cornbread crumbs, and the egg and beat with a whisk or wooden spoon until evenly distributed. Season with salt, freshly ground pepper, and Tabasco.

Form into patties and sautÈ in oil until both sides are nicely browned. Drain on paper towels. Serve on soft buns with lettuce, tomato, and tartar sauce. Yields: 4 servings.

Combine the garlic, herbs, egg yolk, and salt in a food processor and process until smooth. Drizzle in the olive oil gradually, processing until the mixture thickens. Store in an airtight container in the refrigerator for up to one week. This is also delicious on sandwiches as a substitute for mayonnaise. 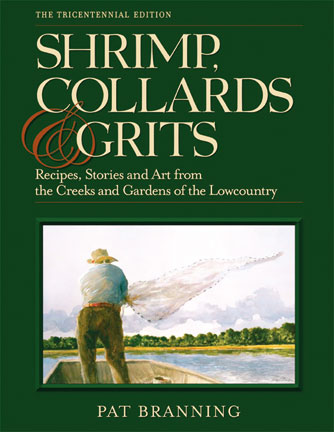 Tuesday, August 23rd, 6 p.m. Dinner, Wine and Cooking Demo at Saltus River Grill, Beaufort, with Pat and Chef Darin Sehnert from the 700 Cooking School at the Mansion on Forsyth in Savannah. The menu for the evening presents some of the most delicious recipes from the book such as Land's End London Broil, Big Mama's Collard Greens, Dixie Style Hoe Cakes, Oyster Bisque Savannah Style and Banana Pudding. Chat with Pat, get your book signed, and enjoy a cooking demonstration by Chef Darin. Call Saltus River Grill for reservations 843-379-3474.
Editor's Note: If you're curious about the surprises referred to in the first paragraph of this story, please read the Publisher's Note on page 12.