Inside Every Heart is a Miracle 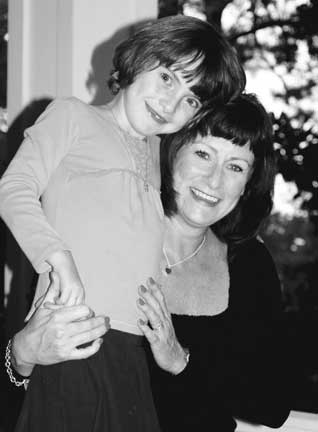 Miracles may be an abstract concept for some people,
but Jane Schmitt lives with one every day-a walking,
talking, singing, dancing, running, hopping, shouting,
laughing little handful of a miracle.

Jane's six-year-old daughter, Josie, has already had five major
surgeries, three of which were open-heart. But the marvel of her
existence began even before she learned to live with a congenital
heart condition.

"We consider her a miracle because my husband and I had
been married about seven years and never had any luck having
children," said Jane. "We had just moved to Bluffton when I got
pregnant, so I attribute it to unpacking boxes in the heat, then
jumping into the May River. I call it the River of Fertility."

Jane was thirty-nine at the time, and went through all the tests
for high-risk pregnancy. Everything looked good, until at seventeen
weeks a problem was discovered. "It was horrible," Jane recalls.
"When they first told me, 'Mrs. Schmitt, there's a problem with
the heart,' I just kind of shut down. They had to escort me out the
back door because I was so upset."

The official diagnosis-double outlet right ventricle, transposition
of the great arteries, and a ventricular septal defect-was like a
foreign language to her. But if there was one thing that Jane and
her husband, Jimbo, knew for certain, it was that termination of
the pregnancy was not an option for them. "From that moment
on, we started researching and trying to find out as much as we
could about her condition," said Jane. "We just prepared ourselves
for having a baby girl who was going to have a heart that wasn't
100% like ours."

Six years later, things are going well. Josie can run and play and
attend school like any child, and she will talk your ear off if you
let her. (During this interview, she decided to start a book club to
benefit all the sick, poor, homeless and heart patients of the world,
and gave a lengthy speech about it with the aid of "notes" she'd
scribbled furiously onto a legal pad.) She remembers most of her
surgeries, despite the fact that the first one took place when she
was just nine weeks old.

Children are amazingly adaptable, and will accept the reality
that they grow up with. As awful as it may seem to us, normalcy
for Josie encompasses medical procedures, hospital stays and an
uncertain grasp on life; yet she bears it all with resilience and
irrepressible joy.

"Some of them are painful, some of them are harsh," said Josie
of her surgeries. "But I feel much better when my Mom holds my
hand. I still have pain where I had my last surgery. I think I need
another band-aid."

Though Jane sometimes worries about the future, she
acknowledges that even children without heart conditions cause
their parents to fret. More importantly, what she feels for Josie
is admiration.

"I'm so proud of her because she has been such a good patient,"
said Jane. "The strength that she's had as a small child just inspires
me every time I think about it. It's made me grateful for life,
children, family and good health."

Josie--
Attends: May River Montessori
Member of: The Zipper Club
Hobbies: soccer, going to the "gym bus" to do
gymnastics, singing, dancing and arts & crafts
What she wants to be when she grows up: a teacher