HomeFeaturesOrganization Tips for the Holiday Season 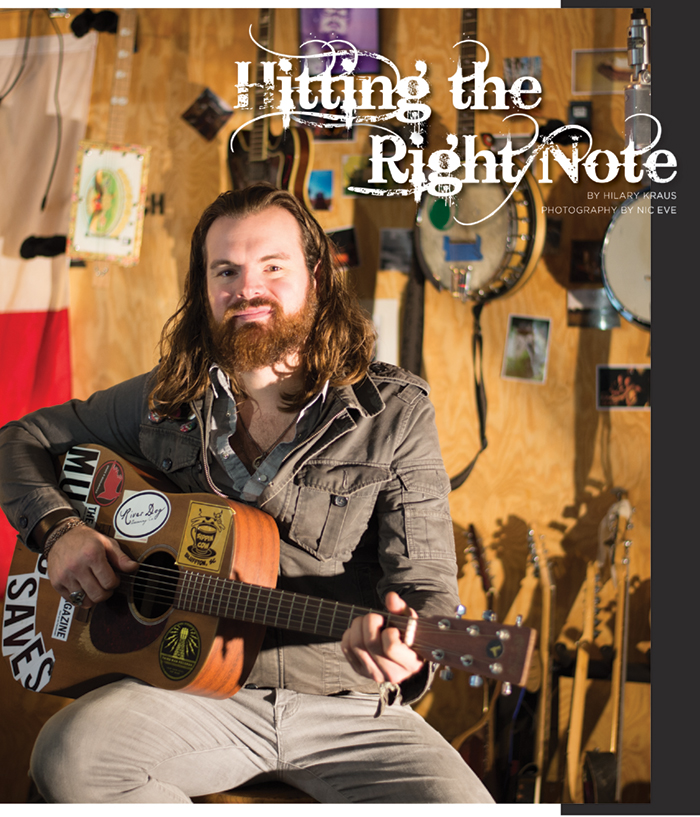 While you’re at home settling in for another night of binge-watching “Love it or List it,” or playing on your computer into the wee hours of the night, there’s a whole lot happening on Hilton Head Island. And it’s a lot more exciting than laying down an 80-point word on Words With Friends.

It’s the music scene. Oh, we’re not only talking about the highly entertaining cover bands, or well-known performers like Gregg Russell or Shannon Tanner—although we absolutely love those guys and appreciate all they bring to Harbour Town and Shelter Cove during the height of the tourist season. We’re referring to bands and solo artists who know how to energize a room with their renditions of other musicians' songs, but also can get a crowd to come alive by performing their original music. Members of the music community are playing at clubs and restaurants just about every night of the week all year round, and making it easier to find live music on Hilton Head and in Beaufort County.

Meet singer/songwriter John Cranford, front man of the band Cranford Hollow (originally Cranford & Sons) and founder of Swampfire Records. The 31-year-old guitarist is hitting all the right chords when promoting Hilton Head as a place associated with original music.

“He’s the hardest working musician I’ve ever met,” said musician Peter Buonaiuto of Hilton Head, who has recorded six original songs and credits John as his motivator.  “And he still has time to help everybody else.” Added musician Jared Templeton: “He’s done a lot for music here.  He’s always doing something cool, a charity or a cool show at the Boathouse. He’s gotten me gigs at Poseidon and places I probably could not have gotten into.”

It doesn’t take much to understand there’s room for music to grow on Hilton Head and surroundings spots, where the population continues to boom. There are more than 250 restaurants on Hilton Head, according to the Hilton Head Island-Bluffton Chamber of Commerce. The restaurants are serviced by thousands of food and beverages workers who make up the 11 p.m. to 2 a.m. late-night crowd, many who wind down after work by going out for drinks and live music.

Add to that the roughly 200 to 250 musicians who call Hilton Head and Beaufort County home. They’re not just weekend musicians with day jobs, but many are full-time musicians, who regularly perform at The Jazz Corner, The Boardroom, Ruby Lee’s, Big Bamboo Cafe, Corner Perk in Bluffton, and the list goes on.

"There’s a staggering amount of musicians and a staggering amount of talent in the Lowcountry,” said John, who moved to Hilton Head eight years ago and broke in by working in food and beverage. “Collectively, I remember we took a picture a couple years ago, before Remy’s shut down, of full-time musicians…” John said. “There were almost 100 guys and women.”

There’s another great contributing factor toward advancing the awareness of Hilton Head’s music scene. It’s Swampfire Records, a recording label and studio inconspicuously sandwiched between a property rental business and a dentist office on New Orleans Road. The inside of the space is filled with an eclectic mix of guitars, banjos and mandolins—many hanging on the walls—along with drums, recording equipment, you name it. “It’s old and it’s kind of funky. We don’t have a $10 million recording studio set up with microphones and a huge console, but we have a lot of really cool gear and we get really neat sound,” said John, sitting behind his desk occupied with computer monitors, speakers and CDs.

The space had been rented by Martin Lesch, a pianist and composer who performs at the Jazz Corner on Monday nights. Martin took John under his wing a few years ago, and today, John and his band use the space as a place of business, practicing and networking. Cranford Hollow records its CDs in St. Augustine, Fla., and Telluride, Colo. The studio is also a meeting place for other local musicians, many who have recorded albums there.

“The goal of Swampfire is to facilitate and capture as much of that so that music can get out there and Hilton Head can get recognized— not only locally and regionally—but also by people who are uneducated about our music scene,” John said.

One of the marketing tools designed to do just that is a CD under the Swampfire label, showcasing local talent and their original music.

The fifth and most recent “Swampfire Sampler” was put together in November 2014. It features a mix of 15 musicians who recorded 20 original songs, many at Swampfire Records. The album has been a hit, getting more than 66,000 plays on SoundCloud.

John and band members Phil Sirmans, Eric Reid and Randy Rockalotta have tracks on the various samplers, both solo and together. Cranford’s five-year-old band is best described as “a blended mix of Southern rock, Appalachian fiddle music and American rock.”  They have a huge, loyal following in Beaufort County and beyond. When the band is not out on a national tour, it might be playing anywhere from Captain Woody’s to the Roasting Room in Bluffton.

When the band released its fourth album in August, more than 1,000 people partied at a kickoff concert at the Tiki Hut on Coligny Beach. Just this past New Year’s Eve, Cranford Hollow packed the ballroom at the Holiday Inn Resort and Beach House.

“Those two shows reaffirmed my faith in original music and that what we have been building on the island is really starting to work,” John said.