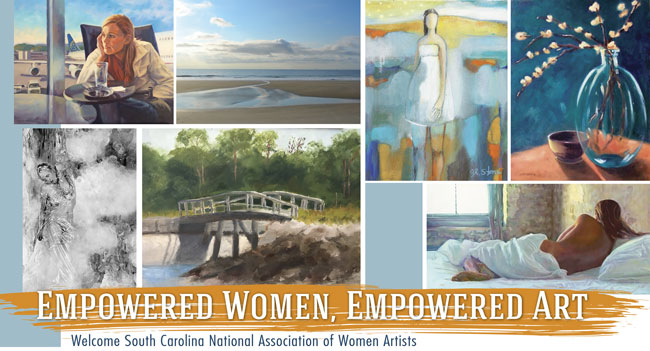 In 1889, the art world was a male-dominated work field. Five innovative women in a New York City studio apartment took a stand and made one giant leap for women-kind in the art world. These five women delivered the first women’s art organization to states. This organization still stands tall today, 130 years later, with more than 800 female members, creating one of the largest women’s arts organizations in America. The organization is the National Association of Women Artists, also known as NAWA.

NAWA has brought much success and confidence to its members. When the association began women were known to be associated with “crafts” or “decorative arts.” The organization has made huge strides for women to transform from the “crafty” artists to serious, professional artists, respected for their talent. The NAWA founders created the organization to promote higher standards for female artists and provide opportunities to exhibit their works around the world.  The mission of NAWA was a testament to strong and resilient women, who refused to be the lesser sex in the art world. The women stood up to be in galleries, art salons and exhibits that only welcomed men. Who are these five women? Anita C. Ashley; Adele Frances Bedell; Elizabeth S. Cheever; Grace Fitz-Randolph; and Edith Mitchill Prellwitz. Together, they changed women’s art history. 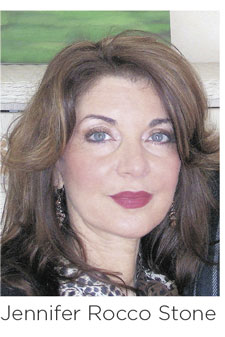 I caught up with Jennifer Rocco Stone, the current Vice-President and founder of NAWA’s new South Carolina Chapter (SCNAWA). Jennifer claimed the South Carolina chapter was an idea sparked while reading Pink. “I picked up Pink, thought the magazine was so empowering for women, and thought to myself, “What else could be empowering to women?” Being an incredibly talented artist herself and Pink’s July 2017 cover artist, Jennifer decided to create NAWA’s newest chapter right here. The chapter was chartered in October 2018 with 19 women and has grown to 34 active members since. They are hoping for 20 new members to be juried by summer. SCNAWA is made up of a variety of artists from Beaufort, Bluffton and Hilton Head, but applications are accepted from any female artist, who is willing to drive to the Lowcountry for monthly meetings. NAWA’s bylaws state members must be 18 years of age or older, apply for membership, and be juried in by the national NAWA officials at headquarters in New York City. Jennifer is grateful to Susan G. Hammond, the National Executive Director of NAWA, for helping and supporting her in the chartering process of the SC chapter.

Even though Jennifer and many members are painters, NAWA celebrates and accepts artists in all media, including photographers, sculptors, printmakers, fiber artists, etc. The benefits of membership are invaluable. NAWA members are entitled to exhibit their works in NAWA’s yearly exhibit, held in New York City headquarters gallery, which is a huge opportunity, offering expansive exposure. The annual exhibit’s pieces are archived at The Smithsonian Institution of National Museum of Women in the Arts in Washington D.C., The Metropolitan Museum of Art in New York, and several other regal art institutions across the country.

Many well-known artists have been members of NAWA, including greats such as Mary Cassett, Gertrude Vanderbilt Whitney, Isabel Bishop, Anna Hyatt Huntington, Louis Nevelson, Alice Neel, Audrey Flack, Miriam Schapiro, Pat Adams and Faith Ringgold, to name a few. Their experiences as members confirmed the need for a women’s art organization and its importance.

SCNAWA has goals and plans for the future. One goal is to offer educational opportunities and create a scholarship program for young artists. More immediate goals include increasing membership and developing a high community profile. They also strive to be non-political in their opinions and simply be women artists supporting other women artists and their work. All NAWA chapters encourage young artists (age 18+) to join. Young artists especially experience benefits like helping build an artist’s resume, opening doors for new experiences, surrounding themselves with more experienced artists, and networking within the art world, all highly probable factors in jumpstarting a career.

To celebrate NAWA’s 130 year anniversary and kick off the South Carolina chapter, there will be a juried show called Transparency and Light. The show will open April 4, 2019, with a wine and cheese reception from. 5:00 to 7 p.m. Running through April 28, 2019, this inaugural exhibit will be held at the University of South Carolina Center for the Arts in Beaufort. Jennifer will be one of the featured artists, as well as Candace Whittemore Lovely, this month’s Pink cover artist.

Today’s art world is still male-dominated, but thanks to NAWA, SCNAWA and all the chapters across America, women’s art has a voice and a fighting chance to represent.