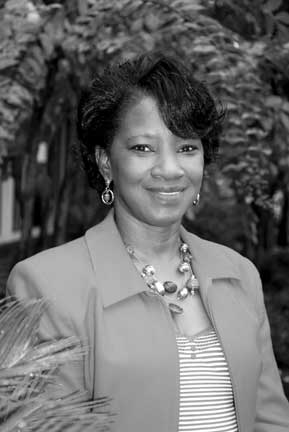 Every New Year's Eve, Beverly Wright celebrates
rebirth. Not just with revelry and resolutions,
champagne and countdowns; but with the profound
gratitude that can only be experienced by one who's
nearly lost her life.

The story begins in August of 2003 when Beverly began
experiencing acute, flu-like symptoms. She went to the doctor and
was treated for a virus, but when she hadn't gotten better by the
following week, she decided to seek further medical attention.

"The doctor said she was going to draw some blood and call
me in the morning," recalls Beverly. "She called me the next
day at nine o'clock and told me to get myself to the emergency
room. They didn't know what was wrong, but they were waiting
for me at the ER."

Beverly had no way of knowing that she was about to embark
on a harrowing journey that would last for months. After
running a number of tests, doctors put her in the intensive
care unit; she was very weak and couldn't keep anything down.
Finally, days later, they discovered that she had a rare blood
disease called Polycythemia vera, which causes bone marrow
to produce too many red blood cells. This had resulted in a
blood clot blocking the vein connected to her liver; doctors
broke the news to her that her liver was completely shot.

"He told me that the only thing that could save my life
was a liver transplant," said Beverly, who found the news
particularly devastating because the very day she had first
taken sick, her aunt died from psoriasis of the liver. She was
transferred to the Medical University in Charleston, where
she underwent a procedure to draw off all the fluids that
had caused her to swell up until she eventually weighed 200
pounds-a lot on her small frame. "I looked like I was nine
months pregnant," she said.

Beverly lived in this condition for several months, going back
every eight days to have the fluid drawn off again, until on
December 19th she was told that she had kidney failure. The
liver and kidneys work hand in hand, and with her liver out of
commission, her kidneys just couldn't keep up. Again she was
transferred to Charleston, where she was stabilized and put on
a waiting list for a liver; it was New Year's Eve.

"My husband asked the doctor how long it would be to get
a liver, and he said, 'I can't answer that, it could be weeks or
months,'" Beverly remembers. "But I didn't have weeks or
months left; my time was running out."

For Beverly, it was truly a divine miracle when that very
same evening at eight o'clock, a nurse came in and told her
that they'd found a liver for her, and she was going into surgery
the next morning. "God was just watching over me," she
said. "Everyone was so happy, our church family, our blood
relatives.God is a miracle worker."

But the ordeal was far from over. About two weeks after the
surgery, when she was scheduled to go home, a blood clot in her
lung put Beverly in a coma for two weeks. When she'd come
out of that, she started hemorrhaging badly and was rushed
back to the IU in a semi-coma. She was finally discharged from
the hospital on Valentines Day of 2004, though she was still
very weak and having a lot of trouble with her breathing and
blood pressure.

Not long after, she developed considerable swelling in her right arm and was admitted back to the hospital, where doctors told her that an artery and vein had run together and were putting her in danger of a heart attack. While she was on the operating table to correct that problem, she went into cardiac arrest on account of an allergic reaction to a dye used when taking x-rays. She almost died. Two weeks later they were able to complete the procedure, and she returned home. By July she was back at work, but that September she experienced a terrifying return of the original flu symptoms. This time, she was told she had an abscess on one of her ovaries, and it would require yet another operation.

This coming New Year's, it will have been six years since Beverly's liver
transplant. She is doing well and, fortunately, her body has not rejected the
new organ. When asked what allowed her to emerge triumphantly from this
health nightmare, Beverly responds, "A lot of prayer and my faith in the Lord. I could not have made it through if it had not been for the Lord at my side."

Beverly now goes to annual picnics in Charleston, where organ recipients
come together to celebrate their second chance at life. She has also attended the U.S. Transplant Olympic Games, held every two years to showcase the vigor of organ recipients who compete in events like volleyball, basketball, swimming, and table tennis. Beverly was a member of the South Carolina team.

"It was a bittersweet reunion," she said, "because you are there to celebrate your gift, but there are a lot of donor families who have lost a loved one, and they're there supporting us."

All she knows about her organ donor is that he was a 14-year-old boy. But
every year she writes a letter to the donor family thanking them for her "gift
of life," and sends it through the medical organization that found her liver. It's up to the family how much information they choose to release, and whether or not they want to want to meet the organ recipient, which so far they have not. But Beverly continues to try and reach out to them, at one point even writing a letter to Oprah in hopes that she could help her find the family. "It means so much to me when I think about how this little boy's life was cut short so that my days could be extended a little longer," says Beverly. "I just cannot put the way I feel on paper. I've got to find these people."

In the meantime, she shares her story with as many people as she can,
hoping it will make a difference in their lives. "I want to give hope to someone who is out there battling something," she said. "I work at the unemployment office, so I see a lot of people who are going through so much. When they come to you sick, depressed or very distressed, you have to share something to try and uplift them."

On Friday, December 4 at 11am Hilton Head Hospital will hold their annual
Celebration of Life holiday tree trimming with LifePoint, South Carolina's
Organ Procurement in the hospital's main lobby. The holiday tree trimming is a festive way to honor the hospital staff for their ongoing assistance with organ, tissue and eye donation. The tree, provided by LifePoint, is dedicated to the donors who have saved or improved the lives of others through their selfless act of giving. It is decorated with ornaments provided by the donor families, transplant recipients and hospital employees. The ceremony is an opportunity to thank and honor those families.

The public is invited to attend to remember a loved one who may have been a donor, or a recipient whose life was saved through the gift of donated organs. Organ donor cards are available on the tree for interested parties to complete.