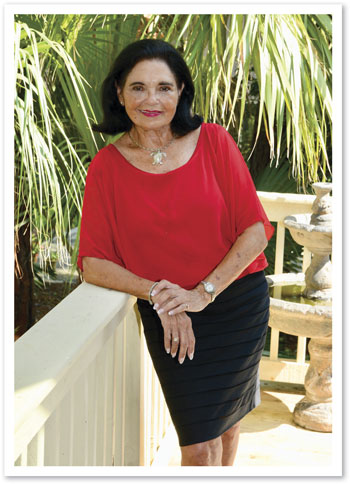 Lowcountry locals and visitors alike, your next adventure awaits—and it’s closer than you think. Just ask Scottie Davis, a woman who turned her passion for travel and lifelong learning into a successful tour company for destinations only a few hours away.

It is a job that seems tailor-made for this energetic and engaging lady. Originally from the Mississippi Delta town of Greenville, Scottie went on to teach high school Speech and English and raise a family in Memphis. Her two adult children and two grandchildren now live in Atlanta.

After many years of vacationing on Hilton Head Island, Scottie, an avid runner and tennis player, moved here permanently in the 1980s. She also rediscovered a lifelong love. “I always wanted to write,” Scottie says, “but as a widow with teenage children, I learned very quickly it doesn’t work. So, I started writing when I came to the Island.” Her talent and enthusiasm soon landed Scottie regular columns for the Island Packet and Hilton Head Monthly, as well as the lifestyles editorship with The Islander Magazine. Scottie estimates she has written over 1200 articles to date, many about travel.

A full time resident with a penchant for exploring, Scottie became enamored with all the destinations that were within two to five hours of Hilton Head. Yet, it seemed that very few people who lived on the island actually took advantage of these opportunities. Scottie soon realized that “travel needs to be interesting enough to take us away from the patch of paradise we live in.” Scottie had found her niche.

Using the catch phrase, “Weekend Get-Aways on a Tank of Gas,” she began writing travel columns and hosting a weekly local radio show about the many enjoyable trips that lay just beyond the horizon. She also began speaking to groups and teaching classes for the Osher Lifelong Learning Institute (OLLI).

One day, Scottie was asked if she would be willing to organize motor coach tours for some of her favorite nearby destinations. Scottie was intrigued by the idea, and over ten years later, her company, Weekend Get-Aways on a Tank of Gas, is thriving. Scottie’s close attention to detail, quality control and thorough familiarity with the locations has quickly distinguished her tour company from others.

Clearly, she is doing something right—80 percent of her business is made up of returning customers. In addition to privately coordinating trips for clubs, she also partners with AAA, SHARE and OLLI, making her trips accessible to a wider audience. She has also expanded her repertoire beyond day trips, now including overnight excursions to places such as Atlanta, St. Augustine or the Biltmore in Asheville.

Scottie’s tours, which run from October through December and January through June, include a little of everything—art, music, history and nature. Shows by Broadway touring companies are also a regular staple.

In addition to her favorites, Scottie is always on the lookout for new venues and programs. She is especially excited about a new program set for October entitled 'Duels, Dungeons and Pirates’ in which visitors will learn about the history of dueling at the Charleston Museum, as well as the extraordinary lives of patriots and pirates who wound up in the dungeons of the Old Exchange Building. A list of upcoming trips can be found online on Scottie’s website, www.scottiedavis.com.

When the touring season is over, Scottie is just beginning. She spends time with family and friends around the country and across the globe. She has visited London, Paris and Barcelona, taken bicycling tours in the South of France and visited animal preserves in Namibia. She recalls a trip to Cuba, taken when diplomatic relations were not yet fully established. Her only guarantee of returning to the US at the trip’s conclusion was a letter from the Treasury department. “It never left my body,” Scottie remembers with a laugh.

Scottie has also developed strong connections to the Hilton Head community. She has been active in the Symphony League, Leadership Hilton Head and OLLI, among many others. With this kind of a schedule, it’s hard to imagine Scottie in one place for more than a few days at a time. However, when she is, she is enjoying the company of friends on her ‘little patch of paradise’ that is Hilton Head Island.

In Scottie’s own words on her website, “My mission is to bring joy to people’s lives, expose them to unique places right around us and have fun doing it.”

Mission accomplished. Over the years, Scottie remembers telling her children, ‘Find out what you like to do and do that.” Clearly, she has taken her own advice. “I like what I do,” Scottie says with a bright smile. “Life is good.”

Up Close:
Your advice for would-be entrepreneurs? “Know your subject and believe in yourself.”

What makes Hilton Head so special? “When you move to Hilton Head, you leave all your medals and titles on the other side of the bridge. People here are fascinating and the talent they bring to this community is amazing.”

What are your favorite destinations? Cumberland and Sapelo Islands in Georgia, the Biltmore and the Brevard Music Festival in NC.

What’s on your travel bucket list? A train ride through the Rocky Mountains, Alaska, the Greek Isles and Italy. 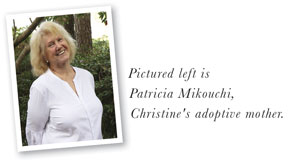