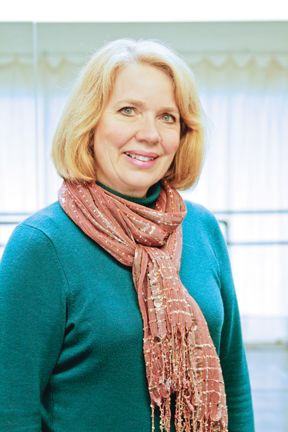 Happy feet not only belong to precious penguins!  A toe tap here, a heel tap there, and amazing music is made by talented human footsies of all ages. Then there is the giddy pleasure that tap dancing invariably brings to audiences for reasons beyond words. Sanny Wartko, 24-year Lowcountry tap-dancing guru, has shared her joy of rhythm with hundreds of eager learners. Tap, the dance form, which dates back to the 1800s, almost became a lost art. It peaked in the era of Fred Astaire and Gene Kelly before slipping into decline in the mid-20th century. However, over the past decade, tap dance has enjoyed a healthy resurgence.

With the fun background of herding cattle on her parent's Utah ranch, Sanny might have missed the joy of dancing except for her grandmother, Dolores Oneson, who loved it. There were no dance instructors where Sanny lived, so every Saturday Dolores drove Sanny, age seven, to the next town so she could study jazz and tap. "Tap became my love and specialty. I studied through high school, and college at the University of Utah. Until I graduated with a Sociology Degree, I took all the dance classes allowed. I continued to dance, and then attended Arizona State to obtain a Masters in Public Administration, which led me to Washington, DC and work in the State Department." There, Sanny met and married engineer Tony Wartko. In 1988 they journeyed to Hilton Head Island where Sanny began her tap teaching career at Hilton Head Dance School. Through the years students at Main Street Youth Theatre, Arts Center of Coastal Carolina, Sun City and Bluffton School of Dance have studied under Sanny's creative eye. She demonstrates how each tap step carries its own tone and mood and is another way of communicating. "Everyone can learn to tap," encourages Sanny. "It's our own limitations that inhibit our abilities. Tapping is not only fun, the routines stimulate and challenge our minds, but I demonstrate the basic footwork, so students can master that first. We add music counting out the rhythm, then embellish with arms. Within a few years, serious students can learn up to 64 combinations! No matter the age, tapping challenges and inspires!"

Dr. Jack McConnell's inspiration was a particular dance routine he saw performed by Atkins and Coles, a top Vaudeville act in the New York Apollo Theatre. Knowing his love of tap dancing, the staff at Hilton Head Island's Volunteers in Medicine, founded by Dr. McConnell, surprised him for his 75th birthday with a performance by two of Sanny's students, Anna Cauthen and Sarah Creech. Afterward, Jack contacted Sanny asking her to teach him the Atkins and Coles routine. "He was determined!" declared Sanny. "He installed a floor in his garage, surrounded it with mirrors, and we worked 'til he got it!" Because of his dedicated work setting up Jazz Clinics throughout New Orleans, the Jazz Foundation of America presented Jack a humanitarian award at a ceremony emceed by Bill Cosby in the Apollo Theatre. "Jack invited Anna and Sarah to join him," recalled Sanny, "When he received the award, he spontaneously said he was so happy he could dance.then he and the girls performed the routine he had so diligently practiced! He was one of the highlights of my teaching career!"

Sanny, who says she dances for relaxation and loves the six hours of daily exercise, combs the library's selection of book club selections when she finally sits, which isn't often.  Listed on the South Carolina Arts Commission's roster of approved artists in dance, she conducts many dance residencies in public schools across the state. "I tap because I love it," smiles Sanny, and my husband is very positive, and always inspires me!" Tap dancing has provided a powerful and witty means to celebrate individual and communal identity, and Sanny shines when she taps and shares her love of rhythm with everyone she meets.

Up Close:
Going the distance: Sanny and Tony's honeymoon was exceptional-they bought a special airline ticket and traveled around the world for five months.
More dance moves: Sanny was duly challenged while studying the ballroom classics, the Tango and the Flamenco.