This month marks the 70th anniversary of the film, Gone With the Wind, which first dazzled viewers at Atlanta's Loew's Theatre, December 15, 1939. One little-known story is that Margaret Mitchell's manuscript almost slipped through her publisher's hands, and the world almost never heard about Rhett Butler and Scarlett O'Hara. Here's what happened. 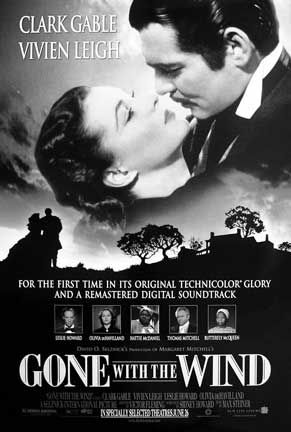 Harold Latham, editor of New York's Macmillan Publishing, visited Atlanta in 1935, in a search for new authors. He had been told the well-known, 35 year-old Mitchell was working on a novel and asked about its progress. Mitchell denied its existence, although she had been working on it for nine years, and the two parted company.

By chance, Mitchell overheard a remark that evening that changed the course of history. A friend said, "Imagine, anyone as silly as Margaret writing a book!" That's all the goading Mitchell needed. She chased Latham down and plunked her unfinished manuscript into his hands. Latham purchased a large suitcase to cart around "the worst looking manuscript he had ever seen," that didn't have a first chapter, but once he started reading, the editor was hooked. 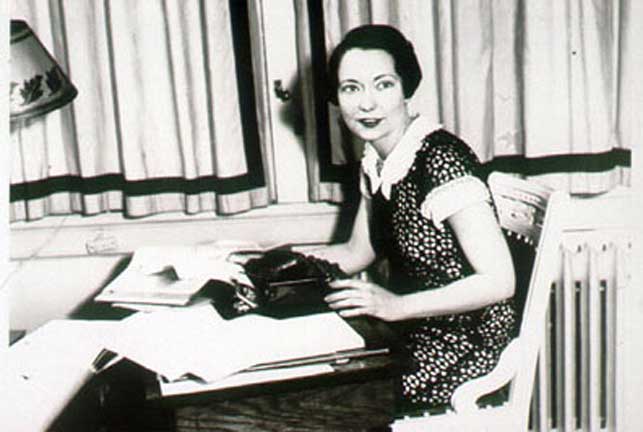 Meanwhile, back in Atlanta, Mitchell was bemoaning her impulsivity. She sent a telegram, demanded her book back, but Latham convinced Mitchell that her novel "had great potential". An understated understatement - GWTW went on to sell one million copies in the first six months, despite it being in the midst of the Great Depression. The book earned a Pulitzer Prize in 1937 and the movie won ten Academy Awards.

Mitchell's knack with narration began when she was a little girl, listening to the tales of her Irish forefathers fighting in Civil War battles. In high school, the tomboy-type wrote short stories and plays; a Smith College professor once described her writing as "youthful genius". Mitchell doubted her abilities however, and she once wrote, "a true writer is born, not made." She considered herself the inferior made writer of "stuffed figures who dance when the strings are pulled," as opposed to the born writer's "real, living people".

When Mitchell's mother died in 1919, she left her freshman year at Smith College, along with her writing, and returned to Atlanta to help her father. He encouraged her to join the prestigious Debutante Club. Mitchell joined, but was promptly booted out after her provocative dancing "debut," in a slitted dress at a hallowed charity event. Her name was cut from the list of Junior League prospects as well, so Margaret proceeded to infuriate the women of high-society and moved in on their men.

Mitchell evoked the jazz era's flapper, a Scarlett in a short dress who drank, smoked, and flirted with wealthy men who appreciated her spirited ways. One of her admirers was a good-looking bootlegger whom she married in 1922, named Berrien "Red" Upshaw.

Their marriage was steamy, stormy - and short. Red left after three months, the marriage annulled in 1924. Meanwhile, Mitchell began her writing career at the Atlanta Journal. She wrote an array of articles, including a Civil War series about a female spy and lady Senator. The readership rebelled for "defaming Georgian womanhood and bastardizing history," so the Journal cancelled the series. Mitchell wrote "lighter" features, like the interview with Rudolph Valentino entitled, "Should Husbands Spank their Wives?"

Mitchell married her second husband in 1925, Journal editor, John Marsh, who was the motivating force behind her brilliant storytelling in GWTW. According to legend, his wife read so many books Marsh quipped that she should write her own if she wanted to keep reading. Mitchell took him seriously, and in winter of 1926, sat down to pen her classic novel.
It has been said that writers purge their souls on paper, and there are certainly echoes of Margaret in Scarlett O'Hara. Neither woman was beautiful, but both were audacious flirts whom men adored and women disdained. Both were confident and headstrong; neither ceded to society's rules, nor did they seem concerned about the effects of their behavior. Margaret had a good head for the written word, while Scarlett, owner of the lumber mill, had a good head for numbers. 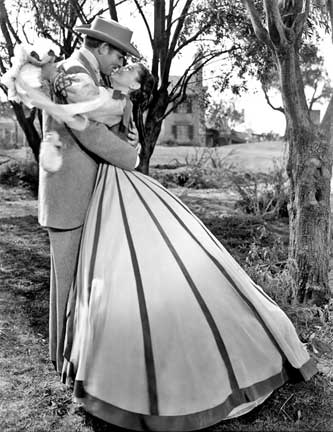 Critics also cited the similarities between Red and Rhett. Both were devilishly handsome philanderers. They were both gamblers and opportunists, who were expelled from military academies. While Rhett made his fortune in the Civil War as a blockade runner, Red smuggled alcohol during the 1920's Prohibition era.

People loved Rhett and Scarlett, and GWTW made Mitchell an overnight sensation. Mitchell was surprised that a woman with Scarlett's negative qualities could be so admired. She was baffled by the book's popularity. In the humble word of the storyteller: "There's no fine writing... no grandiose thoughts, no hidden meanings, no symbolism...nothing at all. It is basically just a simple yarn of fairly simple people."
The kind of yarn a born writer would write. 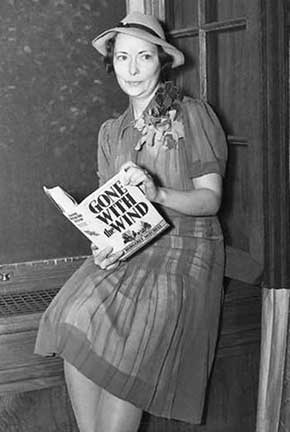