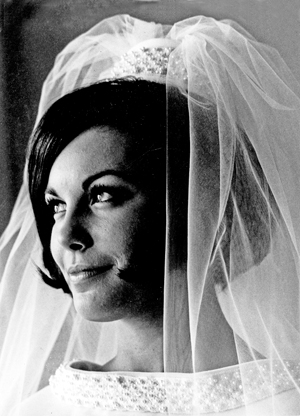 You have to peek through the telescope before you go! Hawks have taken over an osprey nest, and we can clearly see all the activity," Gail Morris pointed out excitedly. Glancing out their living room window, overlooking a beautiful lake snuggling up to Belfair's 12th fairway, revealed a huddle of egrets planning strategy. Jon and Gail Morris chose their dream lot for its fabulous view and area wildlife which provides them daily delights and discoveries of nature's marvels. "When we saw the beautiful oaks draped across the Belfair entrance, we thought we'd found Tara," laughed Gail. The peaceful lifestyle they now enjoy in this breathtaking plantation is in sharp contrast to the first quarter of their marriage.

While he was facing abusive, outdoor physical challenges, she was coordinating carpools, dabbing at runny noses, and whisking away the tears of two children. As he was charging into huge obstacles, she was solving school problems, cuddling and cradling the little ones and balancing their home life. "She did one heck of a job," declared former New England Patriot Center, Jon Morris, tossing a grateful smile toward his wife of 40 years. Gail returned his gaze, graciously accepting his praise with loving eyes. "I was really so relieved when Jon retired from professional football," she admitted. "Those were rough years, and I worried constantly about injuries."

Jon, the oldest of nine children, received multiple scholarship offerings and chose Holy Cross where he received numerous honors before his graduation with an English degree. On his 15-year professional football career, Jon reflected, "I suffered a few injuries, but overall, I was very fortunate. Players today are not only 50 lbs or more heavier than I was, but faster!" noted the 6'4" 250 lb center." Injuries are more prevalent now."
As Lineman of the Year, and All American, Jon was drafted by The Green Bay Packers in 1964, but he chose to play instead for the Boston Patriots.

The Washington, D.C. native did not disappoint them. Jon was the team's Rookie of the Year and was an AFL All-Star six times from 1964-69. The first Patriots player selected for the AFC Pro Bowl, Jon holds the seventh best individual record in club history for the 131 games played for the Patriots! For all his great performances as a Patriot center, the remuneration never approached the multi-million dollar contracts signed today. "In those days, football was not full-time, so we sought other ways to supplement income. Off season, I worked with a Boston food broker, which gave me enough experience to open my own food brokerage business when I retired from the AFC. It was a major decision for Gail and me to start from scratch," Jon recalled thoughtfully. Gail nodded, emphasizing, "It was pretty scary with two children to consider."

"We actually thought my schedule would be a bit easier when I retired from pro ball, but the traveling to establish my business was extensive," recalled Jon, who also played for the Detroit Lions and Chicago Bears until retirement in 1979. "We had a wonderful home in Wellesley which, once again, was balanced by Gail," complimented Jon. "Ours was a win-win situation," added Gail." We were madly in love, and even though we had no family near to help, we had a strong marriage and good kids."
In time, all those dedicated years brought results, as Jon established a very successful brokerage business, which ultimately afforded the opportunity to retire to Belfair, he explained.

"In 1999 we bought this lot and built our home in 2003," he said. Once again he gave all the credit to Gail for the clever design of the 3-bedroom, 3 Ω-bath, 4,500-square-foot home. "For two years I collected photos of bathrooms, kitchens, molding... everything I wanted in a home," laughed Gail. Architect, Scott Roberts, and builder, Dennis Sexton, were able to mesh all Gail and Jon's ideas. "It was the first house we built. We made a few mistakes, but overall, we've been very pleased with the floor plan, which we hoped would entice our two kids to visit," he grinned. "It seemed there was always something not included!" he declared, gazing up at the extraordinary tray ceiling in the library lined with classics. High tray ceilings throughout the home are accentuated by lovely archways. A splendid hand-fashioned four-poster in the first-floor master suite depicts on its headboard an artist's colorful rendering of the Boston Commons, another of Gail's clever reflections on their life in the Boston area. Adjoining their master suite is Jon's office, complete with game balls he earned through the years. Adjacent to the suite, a room roughly 14x20-feet houses Jon and Gail's wardrobes. We all had a mirthful moment when Jon declared, "Notice the inequity of the space?" gesturing to the greater amount of footage belonging to Gail.

For their guests and children (so far, daughter Jennifer and her husband have provided two grandchildren, while son, Jack, was recently wed), the second floor provides another charming master suite, plus a lovely bedroom decorated in Gail's favorite blue beside another private bath. Bedrooms are divided by a stunning family room with fireplace and porch (one of three), including a screened one off the library. Although Jon and Gail enjoy many hours on the porch studying nature, their stunning library with fireplace where all 2,000 books are categorized and the walls sport many of Jon's awards, seems to be the magnet. Theology/Sports/Biographies/Founding Fathers/Revolutionary War and Jon's favorite time in history, The Civil War, are among the categories enjoyed. Photos and a collection of pipes belonging to Jon's Dad, a 35-year New York Times Washington correspondent comfortably claim one of the library shelves.

Another touch of New England is found in the warm dining room displaying a chandelier framed by beautiful draperies from the fabric Gail formerly utilized in their Boston home. The Oregon native teases she was previously in "Jon's shadow," but now runs her own business as a Wellness Coach and Nutrition Educator for Juice Plus. "I even convinced Jon it was something he needed!" laughed Gail who says the amazing product has worked miracles for her.

Although Jon says he misses the team trips, parties and locker room comraderie from his pro ball days, he and Gail are savoring life in Belfair. "It's a wonderful community," beamed Jon, and we have so many new friends."