Scars and the Resilience of the Human Spirit 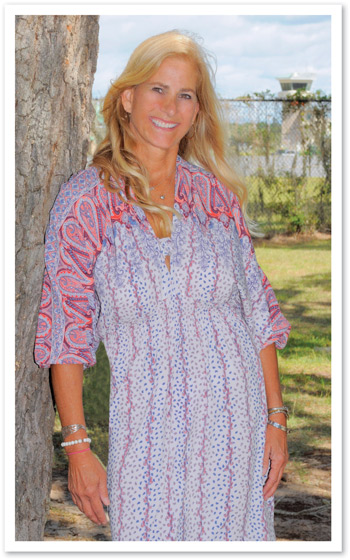 In Japan, there is a process called Kintsugi: the art of repairing broken pottery with liquid gold or silver. The fragments are joined together and the object is given a new, more refined aspect, and is regarded as even more beautiful than before. Like broken pottery shards, human scars can give us new perspective, make us more resilient and beautiful, and further the growth of our soul.

From divorce and single-parenting, to mitral valve prolapse and two subsequent TIA’s (ministrokes), to a plane crash that almost claimed her life, and most recently the death of her son, Janet Adams certainly has her share of scars.

In the early 1970s there were no sports for girls in her parochial high school, so Janet started running on her own. For as long as she can remember, she has loved to run. Fast forward to 2001, when she realized her goal of completing her first marathon. Subsequently, she became a coach for half marathon runners.

In August of 2006, Janet completed a relay race from Mt. Hood, Oregon to the coastline. The next day she met up with her then boyfriend, Jeremy, and his parents at the Indianapolis regional airport to fly to Hilton Head for a long awaited vacation. Jeremy’s dad, an experienced pilot, was eager to show off his brand new aircraft, with all the latest comforts and safety equipment. Within five minutes of takeoff, the plane reached an altitude of 5000 feet, dipped to the right, stalled and went into a flat spin, landing in a neighborhood retention pond. Janet awoke choking on water as the plane began to sink. A neighborhood worker pulled her out.  As she was regaining consciousness, she saw a vision of a younger version of her deceased parents, standing on the shoreline holding hands, smiling at her. Arriving at the at the trauma center, her parents appeared once again, as if to assure her that everything was going to be all right. Jeremy’s father died in the crash. Jeremy and his mother survived. All three had serious injuries, including fractured ribs, chemical burns, and fractured spines, which required surgery. Janet also fractured her sternum, sustained a chin laceration, and tore the tendons and ligaments in her left foot. After a 12-day hospital stay, Janet began her lengthy rehabilitation journey. She was in a full body cast, mobilized with a walker, then a cane. She had to retrain all her muscles. Janet’s spinal surgeon credits her remarkable recovery to her overall fitness as a runner. She was not able to run again until 2010, when she accessed the strength to complete a half marathon. It was a full year after the accident before Janet could gradually return full time to her job as a marketing liaison for specialist physicians to primary care practices.  She worked in that capacity until 2012, when she moved to Daufuskie Island to be near her two sisters, who had recently settled in Bluffton.  Together, in 2014, they opened Three Sisters Resale and More, a consignment boutique on Palmetto Bay Road in Hilton Head.

In her early 30s, Janet divorced and found herself alone raising her three children, supporting them on a nurses’ salary. Her son Wilson was 10, Jessica was 9, and Kate was 5.  Wilson assumed the role of the man of the family as much as he could. The most heartbreaking moment of Janet’s life happened on June 1, 2017, when she learned her beloved Wilson, then age 36, had only weeks to live. A few days before, his girlfriend took him to the ER with severe abdominal pain. A large mass was discovered in his stomach. He had been experiencing intermittent gas pains and vomiting since January of that year, for which he had received ongoing medical attention, without success in diagnosis. The very next day he underwent surgery: Stage four cancer of the stomach with metastasis was identified. He was sent home and Janet cared for him 24/7. He died on June 28, a mere 27 days after being diagnosed.
“The plane crash was nothing in comparison to watching my son die. He was always there for me,” Janet said. This is the deepest wound she has endured; a scar that all the gold or silver in the world can’t heal.

How does one person survive all these traumas and heartbreaks? Janet credits her resilience to her unshakable faith, as well as helping others utilizing her nursing skills, including her Daufuskie Island community. When hurricanes are impending, she checks on everyone to make sure they are safe and their needs are met. Her inner essence is manifested in her smile. Janet’s love for others infuses her scars with liquid gold.

Greatest Supports:
Daughters: Kate on Daufuskie Island, Jessica in Ohio
Sisters: Carol and Kathie, both nearby in Bluffton
“My personal spiritual path gives me strength to know my soul is evolving.”

A Favorite Quote: “Out of suffering have emerged the strongest souls; the most massive characters are seared with scars.” Khalil Gibran