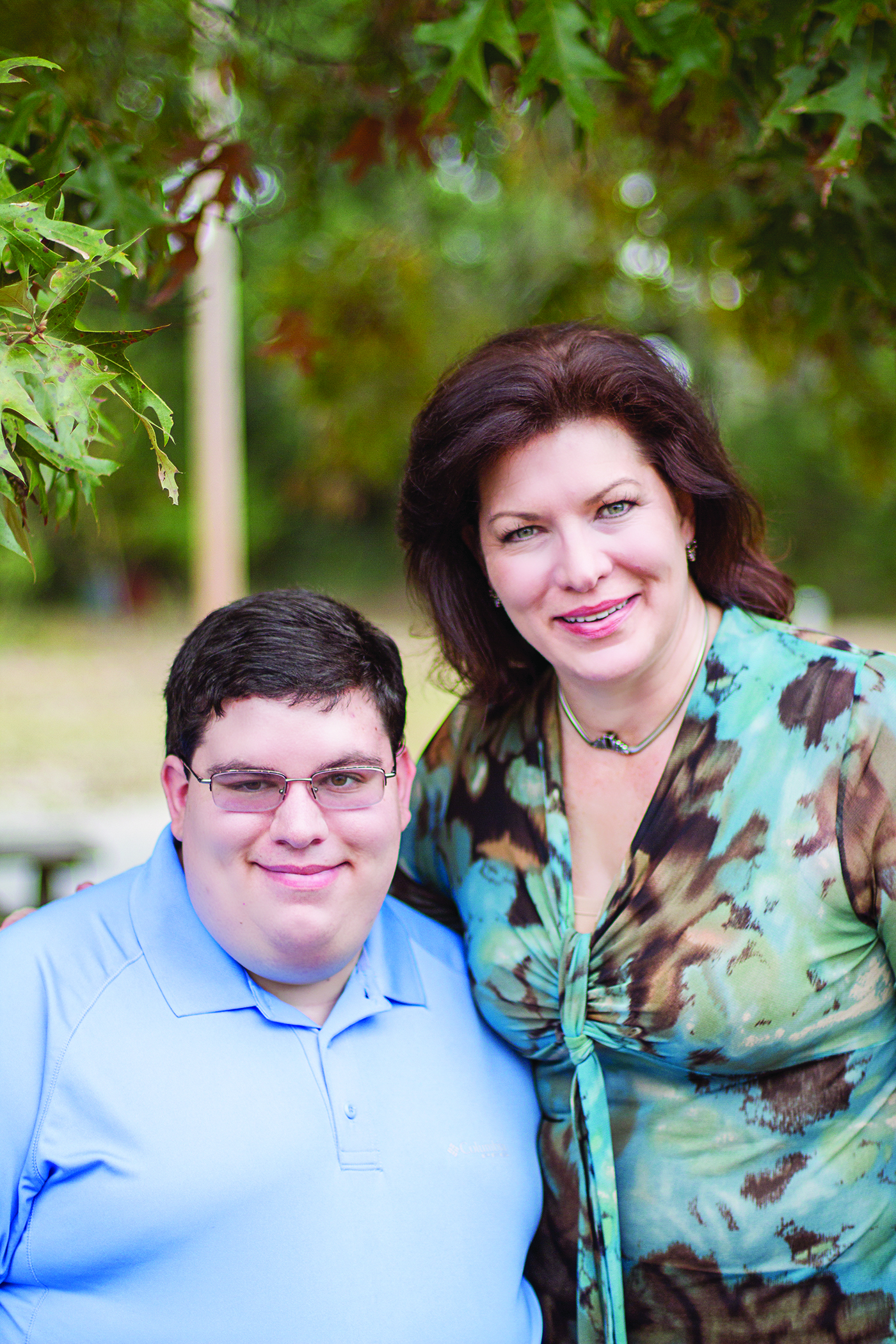 At around midnight on a mid-April evening, a young mother/business woman coddled her three-week-old son close to her. Sometimes he nursed, but mostly he lay uncomfortably in her arms.  By daybreak, Jane Jude knew something was not right with her second child. Moms and experts know very well about "mother's instinct." It is a well-documented phenomenon where a mom can either sense, or know, when something is amiss with her child, even when no one else can. "I was trying not to over-react," recalled Jane, "but Stewart's eyes were glassy, and our doctor said bring him to the ER immediately." They were not sure what was wrong, but felt Stewart had some kind of bacterial infection. Dr. Joe Black treated him with a wide spectrum of antibiotics, and I firmly believe his quick observation saved our baby's life. They put Stewart in a capsule preparing him to be air-lifted by helicopter to MUSC in Charleston." Heart aching and fearful, Jane, and her husband Keith, were left without their baby boy, facing frightening uncertainties and a long two-hour drive to reach him again.

"At that moment Hargray owner, and my employer, Gloria Taggart, passed through the ER waiting room. She quickly learned our problem and summoned her private plane to fly us to Charleston. On arrival we were escorted to the "Grieving Room" with plush chairs and a couch; thankfully, we did not know that's what it was. Our First Presbyterian minister, Lee Kinney, drove up and baptized Stewart," Jane recalled.

Over the next six weeks baby Stewart and his family faced many life-threatening days as he battled meningitis. "The worst part was we felt so helpless. I don't know how people make it through this kind of thing without God in their lives." Because of the meningitis inflammation's proximity to the brain and spinal cord, "Stewart had many emergencies. One of the worst was surgery to remove puss in the hemispheres of his brain. It involved cutting his head open in an arch to extract the fluid. It was a terrible decision for us. In answer to our plea, the neurosurgeon said it was 51% for the surgery and 49% against." Always a fighter, little Stewart survived, but suffered a one-third loss of his brain, affecting his short-term memory. "Memorial Day we brought our baby home." Complicated surgeries on his feet and eyes followed in the years ahead, but amazingly he conquered it all and began school. Just as amazing is his mother, who maintained a positive attitude through all the difficult years and firmly believes, "It's a loser's game to try and figure out why these things happen to us. It may not be ideal, but we do our best and move on. We found a balance, dealing with one day at a time, and trying to discover realistic goals. School was a push, yet Stewart remembers things important to him. However, in the eighth grade he had to memorize the poem "If," and I figured we were in trouble," laughed Jane, who knew Stewart loved music and had great rhythm. He used to sing along with the car radio, and so...today, at age 21, he can still sing "If," proudly noted Jane, who homeschooled Stewart from eighth grade through high school graduation. A Physics major, she said, "No problem with science and math, but we needed help in reading. School was a push, but he never repeated a grade. It's about time for another gentle push toward college, but we can't tell Stewart to hurry up and do whatever, it will cost us 15 extra minutes!" she smiles in her patient way.

The door flew open and Stewart, returning from choir rehearsal, grinned at me as he shook my hand. We talked about the things he loves, and he told me excitedly how they rescued their Cocker Spaniel, Whitney. "I really enjoy playing solitaire and other games on my iPad." He showed me a multitude of apps! "I like working with numbers and helping out in my Dad's office." He recently visited his older sister, Amelia, a graduate of SCAD, working with the Westin Hotel in Portland, Oregon. When asked where else he wants to go, Stewart hesitated, then thoughtfully, "I think the 48 states are for me. No Alaska or Hawaii." He now performs with the adult bell choir at First Presbyterian Church on Hilton Head, continues his work as an Eagle Scout, helping his scout mates, all while reflecting his Mom's very positive attitude.

Jane watches her son happily, exhibiting her brilliant qualities, all strung on a golden cord of love.

Up Close with Jane:
Favorite tradition for the holidays: Christmas crackers-wrapped tubes that pop when pulled open. Each one has a joke, a prize and a tissue paper crown that we wear while eating dessert at Christmas dinner. A little silliness is a great ending to the meal and the day.
Biggest pet peeve: Please don't think that I'm hopelessly pedantic, but misplaced apostrophes.

Up Close with Stewart:
What is your favorite hobby: I like computer games, but my favorite thing to do is play miniature golf at Adventure Cove.
What's your favorite thing about being an Eagle Scout? Going to the fellowships with other scouts and wearing my Eagle "bling" - the badge and neckerchief. I also like being in Order of Arrow, a Scouting honor society.
If you could do something nice for someone, who would you chose and what would you do? I'm an assistant Scoutmaster, and I like to help the young scouts with their merit badge activities.