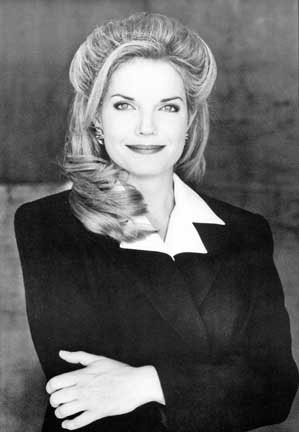 Early on, Anneliza Scott (now Itkor) was taught the value of hard work. Growing up, she was blessed to have both parents serve as inspirational role models, and as a result, Anneliza learned her industriousness by example.

Her mom was offered a scholarship to the Harvard School of Political Science, a rare honor for women of her time, and later became a history teacher; and her father was a transplant surgeon - in fact, the first transplant surgeon to himself receive a heart from a donor. Her dad also created U.N.O.S., the United Network of Organ Sharing, which oversees the national database of clinical transplant information and operates the computerized organ sharing system, matching donated organs to potential recipients.

When she was 24, Anneliza moved to Los Angeles to pursue a career in acting. Even at a young age, she had delved into the world of performing arts - an actor at age 16, and a voiceover artist at age 18. While there, her career took off, notably playing Dr. Deborah Hemming on "The Young and the Restless," in movies like Demolition Man, Disclosure and others, and appearing on hit TV shows like "West Wing" and "Boston Public".

Anneliza worked tirelessly between roles, including launching a massage therapy business, which expanded into a highly successful venture. Her voiceover work continued with national clients like American Express, Boeing, Microsoft, Birdseye and many others. Just hearing her honeyed voice it's easy to understand why she was so often booked.

Though she was achieving success doing what she was passionate about, Anneliza found Los Angeles to be a difficult environment. She looks back, saying, "Even at my lowest weight, I had an unhealthy body image. There is so much pressure to be thin in that business, especially in L.A."

Moving from Los Angeles to Hilton Head in 2004 to help take care of her father, who was ill at the time, wasn't a difficult decision for Anneliza. On the heels of a difficult divorce, she packed up everything she owned that would fit in a 25' truck, sold or gave away the rest of her possessions, and crossed the country, East Coast-bound.

Now, entrenched in a full life and blissfully married to husband Josh, Anneliza relishes being in Hilton Head, near her mother. Though her dad passed away two years ago, she was by his side during the last four years of his life, as co-caregiver with her mom.

Anneliza has remained involved in her acting career by continuing voiceover work, particularly busy with an e-learning program for homeschoolers. And she has garnered the lessons learned in her own life to work frequently with Jennifer Tucker of Tucker Model/Talent Agency on Hilton Head.

Working with teenage girls in Tucker's Modeling Program, Anneliza helps to teach them to have confidence in themselves, counteracting the negative messages that are sometimes found in the media. "The foundation of Jennifer's program with the girls enrolled in the program is to reveal an underlying confidence in their own skin..invaluable beyond the runway, and a necessity for succeeding in anything in life."

Anneliza has also taught acting workshops at the Tucker Agency, and on the other end of the spectrum, has taught knitting as well, a skill she learned from her grandmother. In addition, she is captain of a 4.0 U.S.T.A. tennis team at Spring Lake, a sport she took up in 2005.

But it is teaching that is in her blood, inherited from her mother. And as if Anneliza's gamut of current projects isn't enough, she is also teaching Anatomy and Physiology at the South Carolina Massage and Esthetics Institute, while still maintaining a thriving massage business on the island as well.

Healthier and happier than ever, Anneliza attributes much of her resiliency in life to her background in the field of acting, giving her a thick skin, determination and perhaps, best of all, a fearless spirit.

Moved to Hilton Head in: 2004
Hometown: Richmond, VA
Most Relaxing Pastime: "Sipping a glass of white wine, knitting and watching TV with my husband"
All-Time Favorite Book:  Geek Love by Katherine Dunn    Perfect Evening Would Be.. "Discovering a new and exciting restaurant with my husband!"