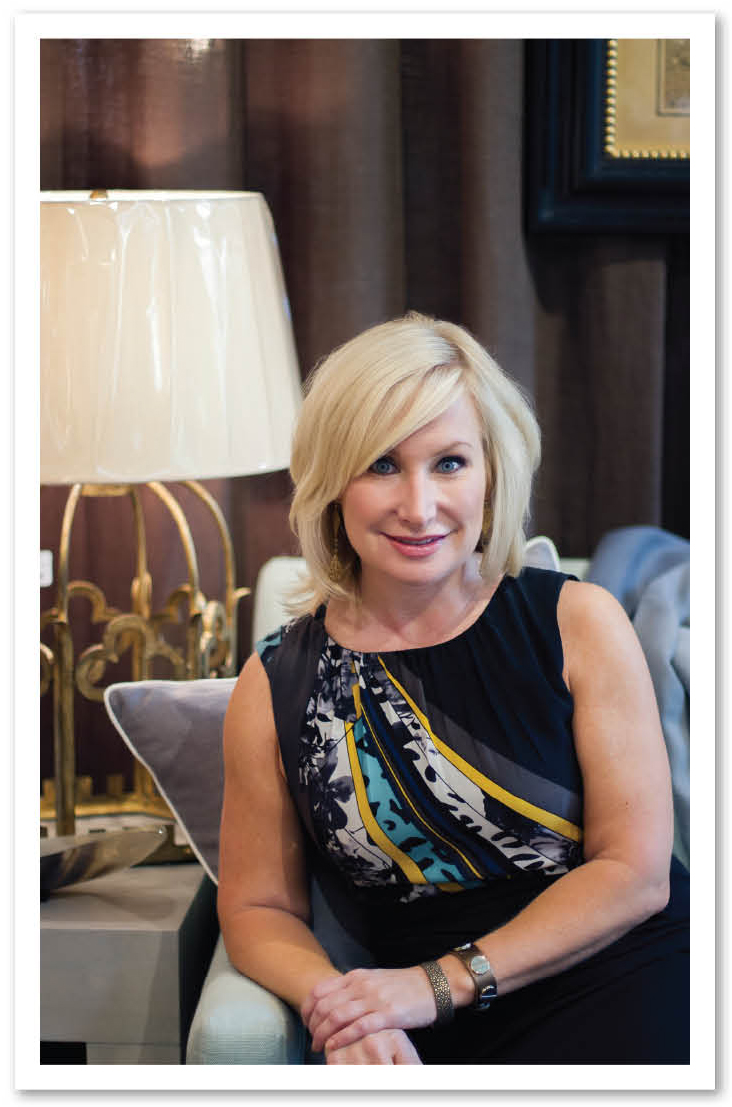 I met Anna Ruby at J Banks interior design studio and retail store located on Main Street on Hilton Head. She toured me around the J Banks building, and I must say, I was impressed. I was impressed with the retail store, which offered a gorgeous fusion of rustic, glam, traditional and eclectic elements, ranging from artsy international trinkets to furniture pieces designed by the company's owner, Joni Vanderslice. I was impressed with the staff, as I learned that over 90 percent of them are women. I was impressed with the reputation of the company, as Anna spouted off the many awards and accomplishments this small-town business has received in the last few years, including the 2013 ARTS Award for the Best Home Accents Store for the East/Atlantic Region; Southeast Designer of the Year Awards in 2012, 2010 and 2009; the 2012 Best Renovation Project awarded by Boutique Design magazine; and a fixture on Interior Design magazine's lists of the "Top 200 Interior Design Giants" and "Top 75 Hospitality Design Giants". But mostly, I was impressed with Anna-a smart, savvy, sophisticated, stunning businesswomen with a simple American dream success story.

Out of college, Anna moved to New York City with a business degree to pursue fast-paced city life. She had an innate love for interior design, but with no design degree or background, she didn't know where to begin. She considered going back to school to obtain a design degree, but instead took a chance and contacted Joni, in hopes of being hired as an intern. After a few emails and a phone interview, she was hired sight unseen to be Joni's Executive Assistant. "Joni's assistant role merged both design and marketing. She mentored me to clearly understand the vision that she had for her company, and as the company grew, so did my role. Serving as Joni's assistant further developed both my creative talents and business acumen. As we worked together on high-end luxury hospitality projects, I was exposed to international clients and vendors, contract negotiation, and basic sales principals for generating new business."

In Anna's 13 years with the company, her position progressed to Creative Director, taking on the roles of sales, marketing and public relations, then when the retail store was created in 2009, she was appointed to VP Creative, which expanded her role to include retail brand management and primary buyer. Her current role involves frequent travel all over the world to organize photo shoots, assist in design projects, purchase unique items for the retail store, and more!

It is no coincidence that Anna's professional success has run parallel to the growing success of the company. As buyer, Anna is obviously thrilled at receiving the ARTS Award for Best Home Accents Store in the entire East/Atlantic region of the US, and that Home Accents Today featured the company in their top 50 list of 2013 Retail Stars, but she credits her success, and the success of the company, to the team atmosphere and inspiration of the staff. "As unrealistic as it may seem, I don't see any downfalls to our primarily woman based team. The culture at J Banks is centered around utilizing people's internal gifts. Because of this, we are able to watch each other thrive and grow. This builds respect for one another's personal skill set, and we use each other's expertise to elevate all that we do. We inspire each other daily. It's a pretty cool place to be!" Anna said.

Through all the glam and excitement of her stimulating success, Anna's true accomplishment is her ability to remain humble, focused, and balanced in both her personal and professional life. "Personally, I'm most proud of the efforts I have put forth to grow my faith in God; to grow into myself; and to stretch my mind. I am the first to admit that I still have a long way to go, but I know that today I am wiser, more spiritual and more mature than I was five years ago. My main goal is to continue to grow while incorporating more balance into my life. I want to equalize my time devoted to faith, relationships, mind, body and work. I believe continual evolution, happiness and inspiration are all obtained when you incorporate all five of these elements into daily life."

Up Close:
Mountain Girl at Heart: "I grew up in Lewisburg, WV. My family is incredibly important to me and our times together at home are my favorite memories. I also love the natural beauty of the surroundings-after each visit I'm left with a camera full of images of the perfect sunset, fog rolling off the mountains, window boxes full of vibrantly colored flowers. That's my idea of inspiration."
Favorite Travel Spots: Maison d'objet in Paris (a major furnishings market); Esperenza, an Auberge Resort (J Banks' project site in Cabo, Mexico); and Castello di Casole (J Banks' project site in Tuscany, Italy)
Favorite Motto: "Be yourself because everyone else is taken."  Oscar Wilde
Advice for Women in Business: Believe in yourself. Those little voices that can creep up, telling us that we aren't smart enough, or talented enough, or whatever it may be...you just have to stop and make a conscious choice to not believe them. Once you've made that decision to start listening to your heart, the sky's the limit on what you can accomplish.