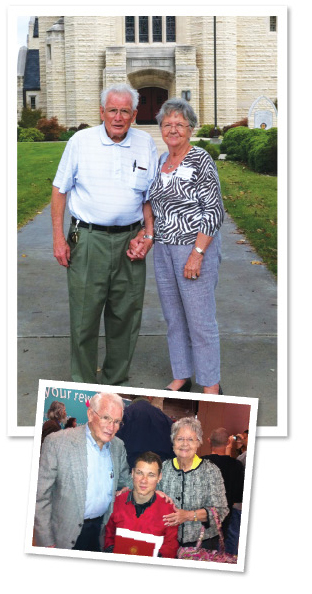 I only know Alexandra Goode as a gentle, slightly accented voice coming over my telephone land line from Heller, Texas-just north of Ft. Worth. I know she is involved in a Christian ministry-International Guardian Angels Outreach. I know almost a dozen wonderful Russian children have been adopted by Hilton Head Island families because of her efforts. One of my favorite Pink stories is about Jim & Michele McMath who adopted Anastasia and Alina from Penza, Russia, where Alexandra started her mission. I didn't know Alexandra's personal story. It has filled my thoughts for days.

She was born in St. Petersburg, Russia, but her family was forced to flee after Stalin's communist regime took control. The family-her father, mother, older brother and twin brother fled to Sarajevo, Yugoslavia. Her mother died when she was three-years-old. When she was eight, her father enrolled her in a private boarding school, where she learned about "Mother Russia," where the family assumed they would one day return.

In 1941, during WWII, the German Army occupied Yugoslavia, took over Alexandra's school and sent the children home. Because her home had been bombed, killing her twin brother and the governess, and her father and older brother were drafted into Tito's Communist Resistance Army and consequently killed, Alexandra was sent to a White Russian* orphanage in Belgrade.

After several months in the orphanage, the Germans loaded the children into cattle cars and sent them by train to Dachau, the notorious Nazi concentration camp. Alexandra was 13. She knew no other person. She speaks briefly of medical experiments, including having her tonsils removed without anesthesia.

There is a pause. She has recited these facts matter-of-factly. Her voice now changes. "I was the apple of my dad's eye. He always told me 'God is the one who really loves us. He is ever present. You can't hide.' But there was so much despair and pain and sadness. I couldn't feel God. I felt hate. One night I crawled into my filthy straw bed, surrounded by big rats and told God if He was truly real, I wanted Him to take my life. I couldn't live with a heart destroyed by hate. At 5:00 a.m. the morning whistle blew. I marched to work.alive. But He did take my life. He transformed it. I felt his presence and I felt loved. My heart changed. From then on, I was able to comfort and aid the people around me."

After the Allied troops declared victory in 1945 and Dachau was liberated, Alexandra was sent to a displaced persons camp in the English zone at Lubeck, Germany. The son of her Godmother somehow found her and tried to take her with him, but the authorities refused. He smuggled her out in a mail bag to the American zone, where she lived until an American family sponsored her to come to the U.S. in 1949.

In 1951 she met a "very nice gentlemen" at church, and on November 3rd of that year she married Mr. George Goode. They will celebrate their 61st anniversary this year.

It does make one wonder if destiny really is in a name. Fate-Alexandra would insist it was God-seems to have led her through unimaginable and tragic events to a life of love, purpose and fulfillment. Truly "goode" things have come out of Alexandra's and George's marriage. They have three children and 19 grandchildren. Fifteen years ago, at the age of 68, Alexandra felt "God calling me to help Russian orphans." Through her not-for-profit adoption agency and foundation (www.igao.org), she has enlisted the help of private and public sponsors, particularly in the U.S. and Russia. She has sponsored more than 240 orphans for medical aid and adoption. She is particularly grateful to plastic surgeon Dr. Craig Hobar of the Leap Foundation, the Texas Scottish Rite Hospital for Children in Dallas, TX, and the Shriners' Hospital for Children in Greenville, SC for providing pro bono medical services to handicapped orphans. It was in Greenville that Alexandra met Gregg & Christine Carr, who worked tirelessly to arrange sponsor families and bring the original 10 Russian children to Hilton Head.

Alexandra is now 83. She continues to work and travel, although she doesn't make the eight annual trips to Russia by herself anymore. She says, "Luckily I have a lot of energy, enthusiasm, drive and passion. My peripheral vision is gone so I have to be careful where I step. But my motto to people is: 'Don't retire; refire!'"

In her final thoughts she remembers that when she came to America as a very young woman she thought of becoming a nun. Her family was Russian Orthodox. She felt it might be important to sit at the foot of the cross and have the opportunity for ceaseless prayer. She met with a priest and told him her thoughts. He asked what else she wanted. She answered, "To work with children." He calmly, wisely told her perhaps she should wait and see what God's plans were for her.

She concludes, "Nothing, nothing happens without God's intervention; it has all been absolutely God's will. Bless you, I will pray for you." I am quiet for a long time. I have just witnessed the miracle and power of faith.

UP CLOSE
Baby Sergei/Mason: in the Russian orphanage his cleft palate was so severe he was left to die. Alexandra brought him to the U.S. for medical treatment. He is now a handsome, healthy 7-year-old living with a family in Texas.
Advice: Encourage yourself to follow/discover whatever makes you passionate; help those that can't help themselves.
Favorite Bible Verse: "I will not leave you as orphans; I will come to you." John 14:18
Next Month: Meet the 12 children and their new families here in Pink.
*White Russian is the term for people who emigrated out of Russia after the Revolution and Communist take-over.