Once Upon A Diner

She’s just turned 30, but one wouldn’t know it from listening to her story. It’s also nearly impossible to believe that, just six years ago when she arrived on Hilton Head Island, this vibrant, energetic, and quite eloquent young woman didn’t speak a word of English.

Meet Adi Aliu, co-owner and operator of Gringo’s Diner in Coligny Plaza who has managed to action pack more … well … life into her young life than many people do in an entire lifetime.

And it hasn’t been easy.

Not by a long shot.

To a resumé that starts with a childhood in war torn Kosovo and includes a student Visa summer job as a housekeeper at The Salty Dog, Adi has added the following in near record time: local diner owner, New York Fashion Week runway model, and up-and-coming actress, most recently working alongside hunky film star, Hugh Jackman.

Before she bought the diner with partner Chef Ariel Palma in 2014, Adi worked behind the counter at Gringo’s, and before that she was at The Salty Dog. “When I applied for the student Visa program there were job opportunities all over the country, but mostly as restaurant hostesses or waitresses, and because I couldn’t speak any English, when I saw the housekeeping job on Hilton Head, I took it.” On a day off, at the pool, Adi met a woman, a former Ford model from New York, who encouraged Adi to consider modeling, and when her student Visa gig was finished, Adi headed to New York where a large Albanian community was waiting to help her find work and a place to live. Like the song made famous by Frank Sinatra, Adi was determined to make it in New York (and in America), and she did. She had work, an apartment in The Bronx; she was doing some modeling, and her citizenship papers were in the works when she got a call from Palma.

“They needed help at Gringo’s in the season, and Ariel was my friend. My English was much better after working in New York, so I agreed to come for a few weeks, until they could find more help. When we found out the owner wanted to sell the diner, Ariel and I decided we wanted to buy it,” she said. “We made an offer, he accepted, I went back to New York and packed my things, drove back down here.” She grinned and said, “And that’s my story. But not all of it.”

Though she can be found behind the counter at the popular local diner from seven in the morning until seven at night seven days a week during tourist season, Adi also occasionally steals away to work on both local fashion photography and film shoots, including her recent gig with Hugh Jackman. The film, which will be released in November, was shot on location in Savannah. It tells the story of the downfall of politician Gary Hart. “They gave me a little speaking part in the movie,” Adi said, her eyes sparkling. “And I’m in the trailer!”

One of Adi’s many passions is traveling, and when she can’t find the time to do it, she makes the time. “It’s important to have lots of things in your life that you love,” the wise young woman said. “Life is too short for it to be all about work, all about money. I’ve seen 16 states in America already. I’m going to see them all. I was in Hawaii last spring, and I will go back one day, but there is something special in every state, and I’m going to see it all. One by one.”

Next to travel, Adi loves clothes. “I love all kinds of clothes, all the colors. I like high fashion. I like street wear. It depends on my mood, you know? I love to shop when I travel. I leave here with one suitcase, and I come home sometimes with two.”

Where did this diner diva learn how to take such great big bites out of life; how to fling her arms open wide and embrace everything and everyone she meets in it? From her mother, she said, who died a year ago. The smile in Adi’s eyes is replaced with tears. “We spoke on the phone every other day for 30 minutes while she was sick. Well, I did the talking; she listened, because of her stroke she could no longer speak. I would tell her stories of my days and travels and movies, and I knew she was happy for me. She wanted me to stay here, she begged me to live the life I was making. All my life she taught me to care about life, about people, about all of it, and I that’s what I do.”

Up Close:
A quick glance at Adi’s Facebook page says more about her personal philosophy and personality:

FB Page Motto: Be nice. The world is a small town.

Recent FB Post: "Success is not final, failure is not fatal; it is the courage to continue that counts."
– Winston Churchill 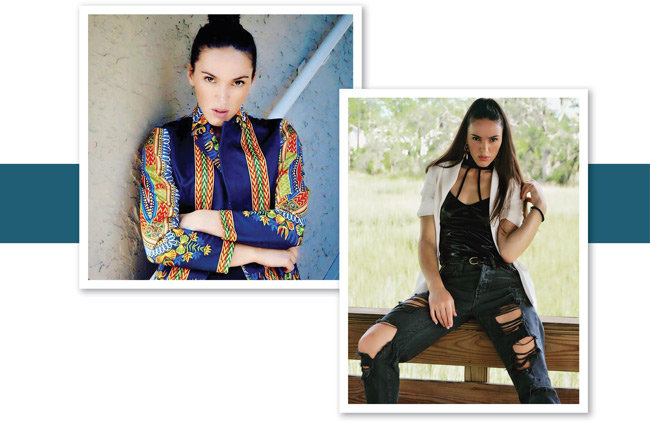