I have the honor of knowing these talented young men involved in filmmaking each representing a different decade. Let’s hear what they have to say about the future of films and those interested in filmmaking. 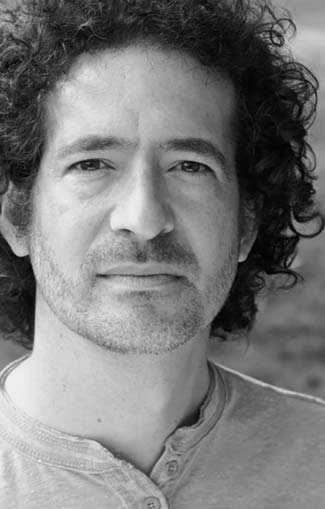 If you listen to conversations from those on the creative side of the filmmaking industry, the future of quality film production is heading in one direction: Television. Or at least what we call TV—Netflix, Amazon, Hulu. We all have the same conversation about films today: It’s all Disney or super heroes, or horror or cars making things blow up. Where are all the romantic comedies or mysteries or feel-good dramas? They’re turning into 10-episode series on cable or online subscription services. The definition of what’s a movie and what’s a longer movie that is just split into episodes, is blurring.

Either way, the tools and software to make a movie or a television show are the same. If you’re interested in getting into the film/tv industry, I suggest learning about all of the roles involved in movie-making and what they mean on set and behind the scenes. What does a Grip, a DP, or even a Director do? When I made my first short film, I gave my camera man the director credit because he was running and setting up the camera shots. My friend said, “But Jim, you were the director!” I said, “I only described to my camera guy what shots to get and what they should look like.” And they responded, “That’s what the director does!” Oops. Also, I would suggest making films on your phone, as in, start doing that right now! Use a tripod. Edit them on free or cheap video editing software. The movies will be bad, and they will make you and your friends laugh, but it will be so much fun to do. And, when you make your next film/sketch, you will be shocked what you learned from the first film. And you’ll also know what you don’t know, so you’ll go watch tutorials on YouTube. If you’re loaded with money, go to film school to grow a network. If not, you can learn everything you need to know from books, YouTube, hanging around other filmmakers and by making your own movies.

Biography: Jim Picariello is a screenwriter and filmmaker living in Downeast Maine. His short script, Ninja Chiropractor, is a semifinalist at the Austin Film Festival screenwriting competition. He has created a short film about the number 6 for Sesame Street, and his short film, “Passive Aggressive Dads,” was selected by more than 20 festivals, including the BFI London Film Festival. 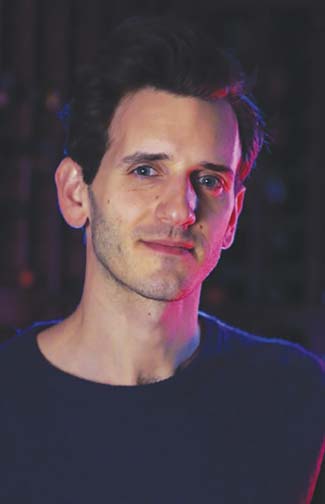 In my 12 years working in the film industry I’ve seen a lot of changes take place both on set and on screen. Sets are more diverse, directors and producers are getting younger, people are coming to film from a variety of other industries, motivated by the story they want to tell and the ease of which they can tell it.

On the first eight studio movies I worked, we used film inside Panavision cameras, but now it would be a shock to see film-stock on set. The RED digital cinema cameras have put the technology necessary into the hands of the consumers. The high demand for original content on streaming services, such as Netflix and Amazon Prime, has created a very competitive industry where anyone from any background can participate.
I think it’s undeniable that the industry is heading more toward home entertainment, where streaming services will reign supreme. Going to the theaters has to be worth the effort, and the biggest things on screen now have pre-existing fan bases and are created on the highest of budgets.

When I speak with young filmmakers about getting into the industry, I no longer suggest going to film school. If they are looking to get a bachelors degree and can line it up with a film centered curriculum, I think that’s great, but if you’re motivated to make a movie, the lessons are available online for free. If anything, get a degree in business, making a movie is only half the battle, selling it is how you take your career to the next level.

Your film education will come from time spent on others’ sets, watching movies, reading screenplays and finding your voice through trial and error. Something that is a lot easier to do when you’re not struggling to pay off student loans. If you can’t get your hands on a camera, use your phone. A movie is no longer defined by the camera it was a made on. A movie is visual storytelling, create the shots anyway you can. Learn as many lessons as you can before spending a dime, and then, when it’s time, take those lessons and make an impact.

Biography: Pasquale Greco has been working in feature films and television since 2007. His credits for visual effects include Men In Black 3, The Amazing Spider-Man 2, Furious 7, and John Wick 3.
Pasquale’s directing career has seen him to the Cannes Film Festival twice, for the short film “Lake Stacey” in 2008 and as part of the feature film Other Than in 2012. 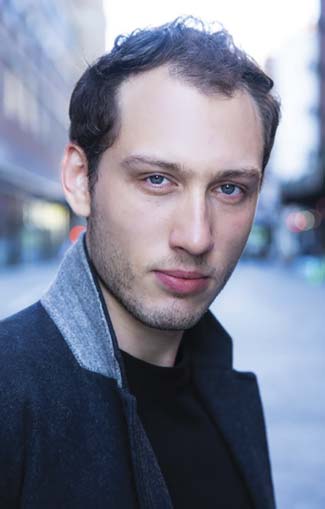 Jean-Luc McMurtry was born on Hilton Head Island and moved to NYC to pursue a degree in the arts. He graduated from New York University in 2016 and is an actor and filmmaker with experience working both in front of and behind the camera. He has worked on many successful “indie” projects and still works many “survival jobs” to pay the bills in between acting gigs. This year he experienced a shift in his career by pursuing smaller and more legitimate opportunities in bigger projects, which provided him opportunities to see how it’s done by the people on top. In July, Jean-Luc booked his first speaking role in a network TV Show—“The Blacklist.”

When we asked him where he sees the film industry trending he informed us of a few sides to consider:

“Streaming: It’s no secret streaming is the new cable. With younger generations who ‘rent’ instead of ‘buy,’ streaming competitors are everywhere causing more niche content to be created—a great advancement for entertainment. Streaming alone is the reason there has never before been a better time to break into this industry.

“Representation: We must see more stories from women and minorities. White men have made most of the decisions from producers to directors to star actors since the genesis of the entertainment industry. I’m a white man, and I think a lot of white guys are afraid that they will lose their places and jobs. But, something that really excites me is the thought of playing white characters written from the perspective of women and minorities. We won’t lose opportunity; these opportunities will just change.

“My advice to young filmmakers, actors and artists is nurture their curiosity any way they can. The best stories are born from asking questions, not trying to answer them, but allowing the audience to come up with their own answers. Take an interest in what is happening around you and approach it with a willingness to be challenged and changed. Only then can you begin to challenge and change others. Trust your audience, they will surprise you.”