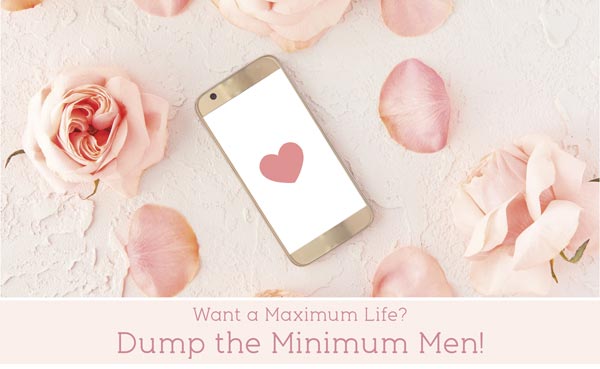 Welcome to 2021, the era of searching for love in a pandemic that seems endless. In this younger generation—20-somethings—we are dependent on our smartphones to connect us to the dating world. Why can’t we have the luxury like generations before us when social media was absent from the love equation and dating apps were nonexistent? An equation should be immutable, so my question is, “Why are things so different?” The answer points directly to dating apps and social media and how they have affected this generation's perspective on the way to find love...and how to behave in the process.

No longer is it enough for girlfriends to go out not knowing what the night may bring, or who. These days, after a night out and failed attempt to meet anybody new, the assumed “you up?” text is inevitably waiting to be open and given into. A relationship isn’t just an after-midnight hook-up with bare minimum connection. This happens so often, there’s even a name for it now—a situationship.

In my experience, men list the million things they want, and expect to get it with only a text and only when they feel like it. The lack of respect and effort is so common now, finding a nice guy is like finding a piece of hay in a stack of needles. You get poked and prodded, then finally, you think you have found a decent guy to see what's beneath that social media armor, but he ends up only wanting to see what's under your clothing. Finding love without prematurely putting out is point blank hard. Really, shouldn’t’t they want to know my full name first?

For maximum self-worth, one must love herself
before adding anyone else in her life to love.

Don't get me wrong. There are those, albeit far and few between, who “find love” early and go on to get married. I am envious because finding someone who thinks I’m special, rather than continuing to go through the vicious, emotional cycle of being liked, unliked, blocked, unblocked, ghosted, or experiencing whatever technological “head-game” of the day, would be freeing.

I’m not completely putting down social media and dating apps because some have found their partner in life by using them but turning a personal experience “impersonal” is picking away the self-worth of the dating generation.

For maximum self-worth, one must love herself before adding anyone else in her life to love. Online dating, also known as “putting yourself out for judgement”, requires all the confidence one can muster. The experience of meeting someone for the first time is absolutely unnerving with expectations flying all over the place on both sides. Questions and doubt test your courage: Am I ready for this? What will he think at first glance? What if he rejects me? What if it’s a disappointment...again?

Standards are one of the most important tools in the dating game. Unfortunately, the more you are rejected, the lower standards become—because it hurts and it’s scary to think you may be alone forever. More often than not, people settle for relationships that just aren’t great fits. It is all an exhausting trickledown effect.

I hate the fact that my generation has succumbed to hookup culture to build relationships with each other. It used to be couples would date and get to know each other before having sex. Today’s dating scene’s demands sex first to see if you’re worthy for a committed relationship. Men feel like women are asking for a diamond ring when mentioning the idea of a date where they actually leave their houses. God forbid a guy pick a girl up at her house, open the car door and pay for dinner. Commitment is the new four-letter word; perhaps effort is, too. I don’t blame all men, as there are some worth fighting for out there—fingers crossed. However, I revert to that piece of hay in a needle stack. But hay, it’s worth the search; there is just no future for a maximum life with a minimum man.