Come Inside the McPherson's Award-winning Home 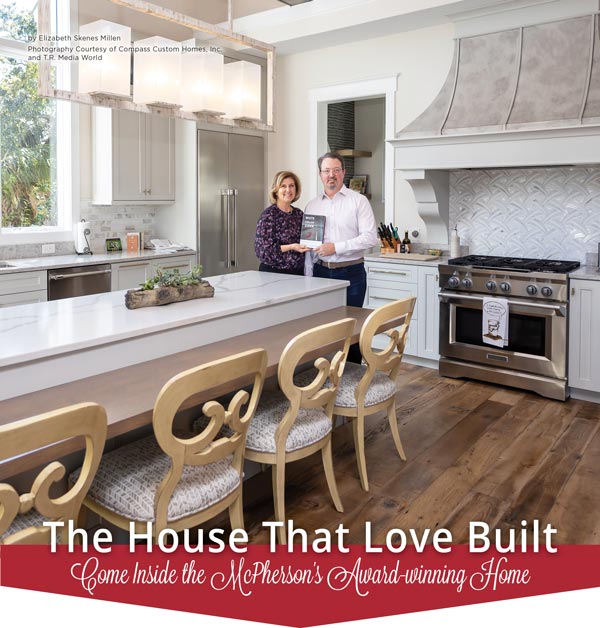 They came here for years from the Washington, DC area for mini vacations to visit Rob’s parents, who had retired to the Island and settled in the beautiful Wexford community. After building a successful career, first as an officer on the USS Jacksonville fast attack submarine, then joining Accenture and rising quickly to partner, Rob and Ann Marie decided to join his parents in making Hilton Head their permanent home when Rob retired early. Naturally they bought in Wexford, too.

They had a beautiful, large home, but that house became a monstrosity when, soon after his retirement, Rob suffered a debilitating stroke at the age of 51, even though he was the picture of health. Left with many unknowns and a lot of new responsibilities, Ann Marie’s life also changed drastically, catapulting her into the driver’s seat for all McPherson family duties, responsibilities and decisions.

“Rob had always done everything. If we traveled, he even made all the airline arrangements. He handled all the bills. Everything! I had to get over my fear of thinking I couldn’t step into this role,” Ann Marie said. But like the quote says, “You never know how strong you are until strong is your only option,” Ann Marie, who was a registered nurse, rose to the helm of the McPherson household.

Once Rob came home from the hospital, Ann Marie quickly realized their gorgeous home was not functional for their current state of health. The elevator was not large enough for Rob in his wheelchair and Ann Marie to ride together. The bathrooms were not handicap accessible, and neither was the pool, which they hoped would be a part of Rob’s road to recovery. Their huge home lived small when it came to wheelchairs and all the new equipment that had entered their daily living. 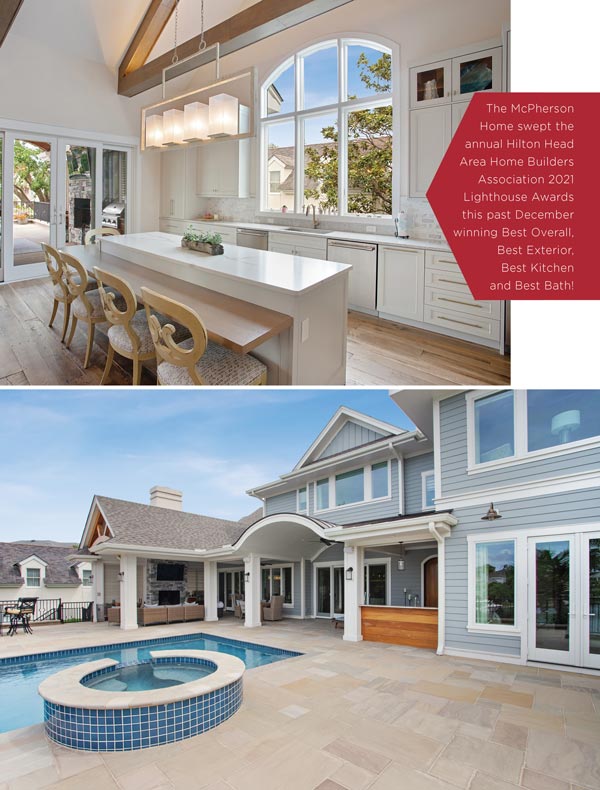 Reeling from her young, successful, husband’s new condition and running into roadblocks when just trying to provide daily care, Ann Marie decided to make a change—a huge change. “I didn’t know if I could do it, but we needed to move. Ann Marie thought building a home designed for Rob was the answer. “I was scared. What I had before me was to sell our home, find and buy property, find us a rental, move us, thoughtfully design the new house, hire a builder and go through the building process. I had never handled any of this. My children (they have four who were all living outside the home except for the youngest) worried I was adding stress to an already monumental stressful situation. But I knew I had to do it,” said Ann Marie.

What resulted from Ann Marie’s leap of faith, is their beautiful new home, where every inch was designed and built from love. Though nearly half the size of their previous dwelling, their gorgeous new home is perfect for Rob’s recovery now eight years post-stroke. The elevator is large, though Rob no longer needs a wheelchair; the pool is easily accessible, and Rob uses it to gain muscle strength, though the pool’s No. 1 fan is their Australian Shepherd, Cash. The house lives on one floor, though there is an upstairs for when the kids come home. Rob can access his classic cars that he loves and is now able to drive again. As Robs puts it, “I love it!”

When it came to choosing a builder, Ann Marie had a menagerie to choose from. This project was a builder’s dream, to build such a beautiful home for such an emotional reason, it offered extra purpose in doing everything just right. Surprisingly, Ann Marie decided to take a chance with a new guy in town—Dale H. Thompson, owner of Compass Custom Homes, Inc.

“He asked me to take a chance on him. He was new to the area and trying to make a name for himself, though he had a lot of experience prior to moving to this market. I am so glad I chose him. He went above and beyond at every turn. I enjoyed building because he was on my side—actually an advocate for my house being built the absolutely best it could be. He would find errors in the plan and just fix them, usually making changes for the better. Building the home was definitely a labor of love, but Dale made it so easy,” Ann Marie said.
The end result is a beautiful story: An award-winning home truly built on love and faith and hope. This is a success story for both a healing family and hopeful builder: Both sides striving to find their way. And both knowing that this new house is the epitome of home sweet home. 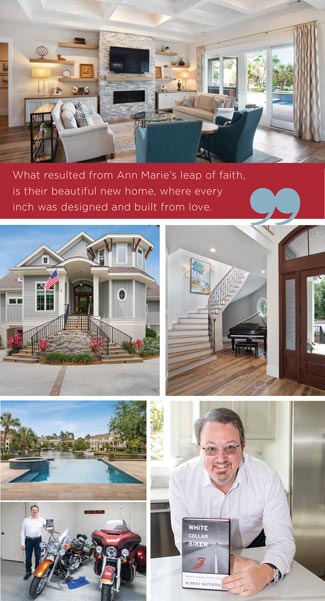 Aside:
Rob McPherson suffered what is considered a “young stroke” on January 7, 2014. He was only 51 years old. Before his stroke he had written a book, White Collar Biker, detailing his 2,000-mile trip to the annual biker rally in Sturgis, South Dakota, on his Harley Davidson Road King. He didn’t know he was about to embark on a long journey into the unknown—from the curious world of biker culture to the majesty of the American countryside to the jaws of death itself. What he encountered along the way tested everything he thought he knew about life, America and love.

White Collar Biker is available on Amazon and all proceeds go to YoungStroke, Inc., a non-profit organization founded and based in Conway, SC, which serves as an advocacy organization benefitting young adult stroke survivors under 65 and their caregivers.

Rob continues to work hard to improve his condition. He works with a personal trainer and is gaining strength in his right arm and leg. His speech is also improving. His determination to never give up, and the hard work he puts into getting better even eight years later, keeps him seeing improvements year after year. He is certainly an inspiration, as is his wife Ann Marie.