HomeFeatures6 Tips to Help You Be a Most Awesome Mother-in Law! 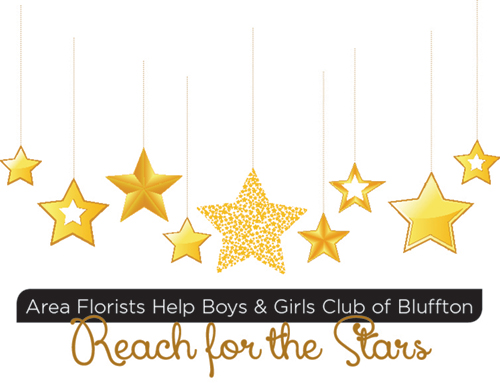 Large, charitable events, often on limited budgets, require immense creativity and collaboration to achieve their fundraising objectives.  The upcoming Boys & Girls Club of Bluffton (BGCB) biennial gala, Reach for the Stars, at Belfair on May 9, is a shining example of this challenge.

“Finding the right name to bring your event to life and communicate your story is essential to engaging the community,” says Nancy Vineburgh, BGCB board member and gala organizer. She attributes the name, Reach for the Stars, to Alison May who co-chaired the 2013 gala and is working closely with Nancy.  “I had offered the suggestion of Evening Under the Stars, as the event will take place under a large tent overlooking the marsh at Belfair. Alison countered with Reach for the Stars, which perfectly captures the event’s location, and more importantly, the mission of the Boys & Girls Club of Bluffton—to provide programs of excellence to help its members reach for the stars.

Forty tables will accommodate some 400 expected gala attendees.  How many charitable organizations budget for 40 centerpieces? Not many, if any. Sheryl Morin, tasked with gala décor and tables, questioned how she would accomplish this task. A committee member with extensive fundraising experience contacted Dawn Kiritsy at A Floral Affair florist to explain the dilemma: the gala would require 40 donated centerpieces. Dawn immediately got on board and offered to provide a number of floral arrangements that would interpret the Reach for the Stars theme.

Dawn went a step further. She said to use her name to entice other florists to follow suit. Her leadership role and generosity inspired Sheryl who, within a few weeks, engaged a number of area florists to provide all 40 table arrangements.

We asked three of the florists to create mock arrangements as a preview of this unique undertaking, both in its scope and extensive community outreach.

Barbie Turner of CCF Designs in Bluffton created her arrangement using a terrarium as a microenvironment to Reach for the Stars. Blue hydrangeas represent clouds, which are surrounded by lillies, starfish and tall grasses that extend upwards.

Barbie began floral arranging when she was 16 years old and living in Tennessee, where her mother was a florist.  She came to Hilton Head in 1995 and worked for a retail florist until the birth of her daughter, who has required ongoing medical attention. In 2008, good friends approached Barbie to plan and provide flowers for their wedding. She then realized she could conduct business from her home and still tend to her daughter.

A year later, Barbie “hit the florist lottery.” She met her biggest fan, Jackie Lacey, the Chairman of the American Institute of Floral Designers, who took Barbie under his wing and asked her to become his local partner. In January 2014, she moved to her current location as a full service flower shop in Old Town Bluffton. When asked what motivated her to donate 10 arrangements for the gala, Barbie said, “The Boys & Girls Club of Bluffton is near and dear to my heart, especially as a working mother. I am passionate about what they do and I wanted to help them help their members to reach for the stars.”

Carmen Canales, owner of Old Town Bluffton Flowers and Gifts is another florist who began working with flowers as a young girl. She represents the fifth generation of floral designers in her family. “This tradition originated in El Salvador with my great, great grandparents. I worked as a child in the business and learned from my grandmother, who imparted not just the beauty of flowers but also their role in family relationships and milestones from birth to death, weddings to anniversaries. I was taught that every floral arrangement is a person.”

Carmen’s store always has tropical flowers and plants native to El Salvador, such as orchids, which form the basis for her Reach for the Stars arrangements.  When asked what compelled her to donate to this specific event, Carmen opened up her arms and said, “ I could see the future of children and how the Boys & Girls Club helps them to attain their dreams.” 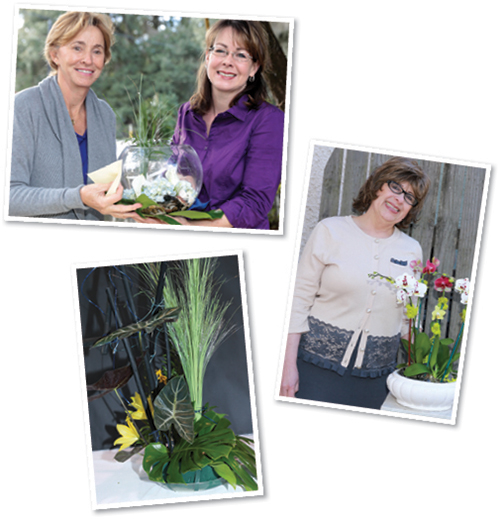