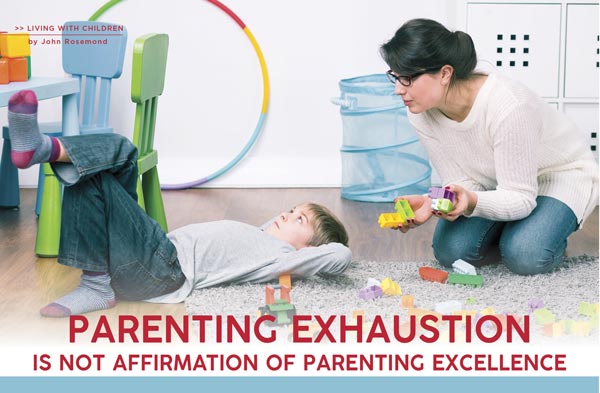 Q: We sent our daughter a recent article of yours hoping it might cause her to rethink her approach to raising our grandson. It was not well-received and she is no longer speaking to us. The child, age four, is quite ill-behaved. Our daughter makes one excuse after another for him: he was premature, he was hospitalized at age three and now has PTSD, he might have a biochemical imbalance, and so on. We feel that his real and only problem is lack of discipline. For example, when he’s with us, he’s perfectly well behaved. We love our grandson, but don’t like being around him when his parents are running the show. What should we do now?

A: I hear this same tale of woe from lots of grandparents these days. Unfortunately, I don't have a fail-safe formula for healing these generational divides. It grieves me to know that my advice is often the catalyst for such rifts. On the other hand, on a scale of divisiveness, parenting now ranks with religion and politics. Thus, as you have inadvertently discovered, nearly everything I say stirs up controversy.

“Works-Based Parenting” is epidemic among today’s young parents. The parents in question believe good parenting is all about quasi-fanatical over focus on one’s children. They overthink nearly everything and are never still. They’ve got work to do! And boy oh boy are they defensive! In their minds, parenting exhaustion is affirmation of parenting excellence.

The reality, however, is that your daughter would take no umbrage at your or anyone else's opinion of her parenting if she was truly secure and confident in what she was doing. Rather, her umbrage is unassailable evidence of nagging self-doubt, which is the state of all too many American moms these days.

Instead of occupying their natural adult authority, said moms strive to "bond" with their children, which is a polite way of saying they enter mutually harmful codependent relationships with them. They hold themselves responsible for eradicating emotional pain of any sort from their children’s lives; thus, their children are deprived of learning how to endure emotional pain and solve their own problems.
Instead of growing steadily toward emotional adulthood, said kids are prone to becoming perpetual drama factories. The dramas include the "I'm depressed" drama, the "I'm anxious about things" drama, the "I'm stupid" drama, the "I have no friends" drama, the "No one understands me" drama...you get the picture. As the child’s emotional dramas increase, parenting becomes a drama for the mother.

Upon seeing your daughter creating problems that are making her life (as well as her child’s) difficult, you want to help. Unfortunately, the help you offered was interpreted as an insult to the integrity of her motherhood. That is not your fault; neither is it your responsibility to fix it.

I do not know how to solve such problems other than for one party to simply not participate in emotion-driven exchanges. Your obligation is to simply love your daughter and your grandson, something you really don’t need to be told.