What Are You Thinking? 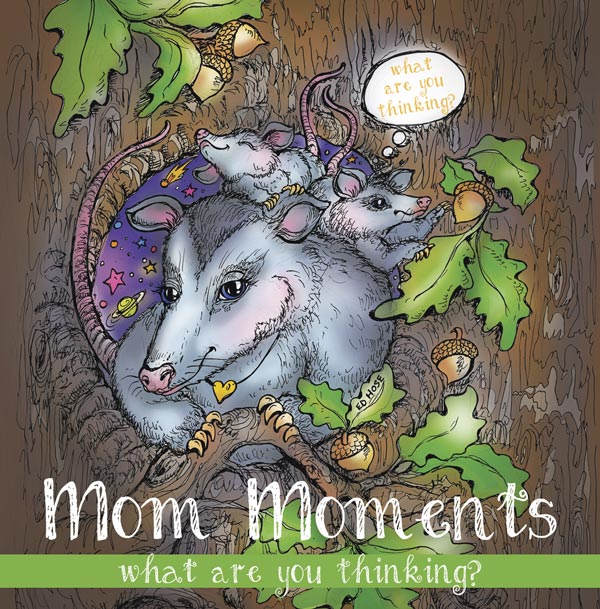 May 2019 Issue
Story and Illustration by ED HOSE

I have had the pleasure of knowing a lot of men, and I have been secretly using the data I’ve collected from them to determine information about their species. One of the key attributes the majority of men have in common is their collective answer to the question “What are you thinking?”

My studies show that a mind boggling 97 percent of men, when asked “What are you thinking?” will respond with the answer: “Nothing.”

As I have aged and wisdom has slowly replaced incredulousness, I have learned not to harp on this basic difference, and found that pressing the issue with comments like, “You have to be thinking something!” Or “What? Is there like absolutely nothing going on in there?” are only met with agitation.
So one morning I was driving to school with my son in silence. I was thinking my usual potpourri of miscellaneous, philosophical and worldly issues. I was thinking about my weight, my health and choices I’ve made, and what I’ve learned from them, while simultaneously giving thanks for the relationships in my life, while rethinking something I had said earlier and wondering if it was obnoxious, while also thinking about our language, and how there aren’t enough words to describe things. For instance, what does one call the friendship and teamwork between an ex wife and a current one? There should be a word for that. And also a word for boyfriends who aren’t boyfriends, but are also not, not boyfriends.

I was also thinking about my credit score, and pondering why I had a sudden burst of energy in the middle of the night and was able to draw for four hours. I was thinking about how my kitchen chair hurts my butt when I sit on it too long, and that I ought to purchase an office chair with my next paycheck, and how when I checked amazon for office chairs there was one for $39 and also a similar one for $1,500. So, I was imagining what possible wonderful comforts could be had in a $1,500 chair. At the same time, I was still thinking about the chunky milk commercial during the Super Bowl and how angry it made me, and how long I spent researching a company so willing to gross out millions of people. I thought of sending them pictures of my bowel movements, but I read somewhere it was illegal to send unsolicited pictures of your feces. I researched that and could find no back up material, but did in fact, find several companies that will actually send feces through the mail to your enemies. That’s just some of what I was thinking during the 3-minute drive to my son’s school, along with, of course, what to make for breakfast, and how long grapefruits last, and if my medications interact with grapefruit, and why some do and some don’t and how random that is.

All of a sudden my son interrupted me: “Mom, if a giraffe had a short neck and short legs, wouldn’t it just be a dog?”

“OK,” he said, as he slung his book bag over his shoulder and got out of the car.

And I realized I have birthed one of the 3 percent. Some day someone will be filled with pillow talk, and though it may not be like Aristotle or Kahlil Gibran, but my son, at least, won’t be thinking “nothing!” So proud.

ED Hose is an illustrator who enjoys coloring outside the lines and thinking outside the box was expected. She lives on St. Simons Island, GA and is  well-known for her “random ramblings”. To explore ED’s colorful world visit her online at edhose.com or call 912-399-4533.