Sober by the Grace of God 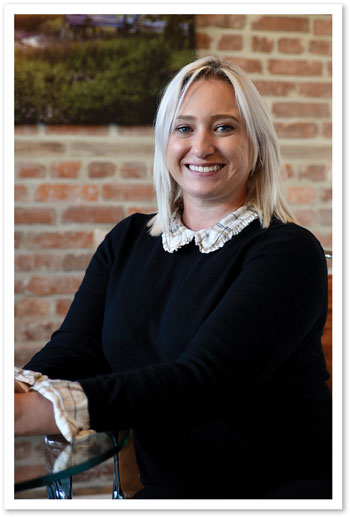 She’s not sure at what point her drinking crossed into addiction, but when it did, Erin McKee became a slave to alcohol.

“I wasn’t doing anything my friends weren’t doing,” recalls this Atlanta native whose work in radio meant attending frequent concerts and promotions at bars. “But it progressed slowly until the social drinking fizzled away, and I started drinking alone. Alcohol became my secret little friend.”

After moving to Beaufort with her boyfriend, Ryan, Erin left radio and started working as a vet tech. The job meant everything to her, as she felt her true calling was to care for animals. But during weekdays off she would hit the liquor store at 9 a.m. and “reward” herself throughout the day as she did house chores. When Ryan got home from work, and it became “acceptable” to drink, Erin would continue, trying (sometimes unsuccessfully) to cut herself off by 10 p.m. so she could make it to work the next morning at 7. It got to where she was never hungover anymore, just drunk all the time.

“Every day was Groundhog Day,” says Erin, who’s struggled with depression and anxiety since childhood. “I would wake up crying and praying, ‘Please God, let me make it through this day. I promise I’ll never drink again.’ But later on I’d start feeling better and thinking ‘Well, I made it through the day. I better reward myself.”

Often she had to apologize to friends for things she couldn’t even remember because of the increasing blackouts. She’d only know how she behaved the night before by whether or not Ryan was speaking to her. Even the DUI she got somehow wasn’t a wakeup call. Then one day she had a pet-sitting job by herself with no other responsibilities—finally she could drink the way she wanted, and she just sat there drinking for three days straight. The next day she called into work, and despite the immense patience and compassion they’d always shown her, it was just one time too many. Her supervisor sent an email telling her to take a week off and get herself together. Later that day Erin was sitting on the sunny porch drinking Jack Daniels and praying for her life—but this time it was different.

“When I was doing what I call my foxhole prayers, they weren’t sincere,” she admits. “They were coming from a place of selfishness, like begging. Literally ugly-crying sitting there on the floor. But the time on the porch in the sun, it was genuine. I’d been hearing that voice in the back of my head telling me I had a problem, but I didn’t want to acknowledge it because I couldn’t imagine a life where alcohol wasn’t involved. But when I fully surrendered, I knew that voice in my head was coming from God. And when I gave in, it was truly lifted from me. I can’t really explain it—it’s a miracle. Anybody who can put alcohol down is a miracle.”

For three years and counting, Erin hasn’t touched a drop, despite joining all the same social situations (boating, bonfires, etc.) For her, the recovery is a gift from God, and there’s something magical about not being able to fully explain it. It has increased her faith and deepened her relationship with the Lord. She’s still with Ryan, still working part-time at the animal hospital, but she’s since followed a new passion by getting her real estate license. Erin’s enjoying life right now, the crystal-clean life of sobriety; and although she sometimes feels depressed and anxious, she can see her way through it.

“There is hope,” she says with conviction to all those who may be fighting the same battle. “You’re not stuck. Life is so beautiful, and you don’t need alcohol to enjoy it. You will see the sunset so much differently. It’s a possibility.”

Up Close:
Dogs: Doberman, Piper, and a rescued puppy, Kai, who she tube-fed and nursed back to life

Why Ryan has stuck by her: “He knows my heart and what I’m capable of, and he wants the best for me.”

What she’s grateful for: the support of her friends, family, partner and job, which some addicts lose on their journey