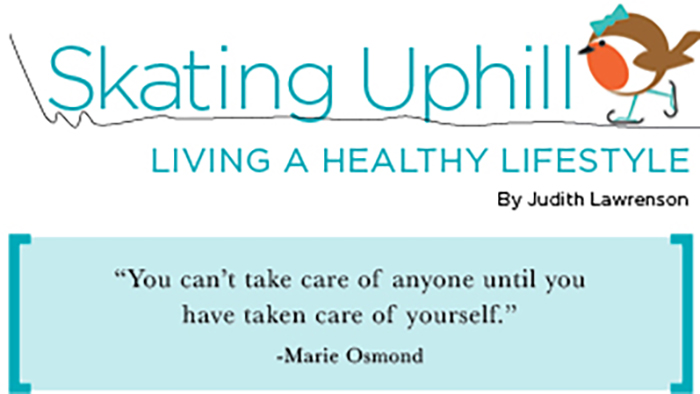 Taking care of yourself is not a new concept, but it is a hard one to grasp. Please allow me to bring something different to the table—let’s talk about who you are in the great scheme of things.

Each morning I watch the news, read the paper, read the AOL news feed and some of the many magazines, to which I subscribe. As I watch protests, marches, and ever more violent demonstrations, and see people blocking each other not only in traffic intersections, but in the exercise of free speech, it becomes apparent that one need not go into the streets to demonstrate how they feel.

I have a friend who marched at the women’s day rally in Reno, Nevada, the day after the inauguration and she disagrees with me. She felt the sisterhood and says there was nothing like it. On the other hand, I wrote a letter to the editor and read it in my newspaper, and forwarded several meaningful emails and have donated money and made phone calls.

Interestingly enough, I, like I suspect many of us, feel differently about issues that are so polarizing. I am in one camp on some things and in another camp about another. I certainly do not blindly follow just one line of thinking. I don’t have to and no one can make me!

Don’t you love that? In my heart I wish more people felt that way. It is so tough to define one’s self around one path or one issue. I have read in numerous studies this kind of passion and refusal to hear other opinions is unhealthy. Not just emotionally unhealthy, but bad for you physically. High blood pressure, hypertension, lack of sleep, digestive issues and on and on, can be attributed to constant anger and discord. I read in USA Today: 54 percent of people in relationships where there are deep political differences have major fears about the person they care/thought they cared for. Even those in committed relationships are being affected and undercut by issues. Can’t we even talk about things anymore?

So, the purpose of this month’s article is not to take sides or berate or to spread “fake news,” which seems to be the latest buzzword for saying something disagreeable. The goal is to share with you that taking stock of your values and taking a stand is not a bad thing. But, it also need not polarize us to the point that we are angry, bitter, and in danger of losing not only our equilibrium, but perhaps also a whole group of friends, who simply feel differently about some issues than we do.
My mother used to say, “Be Yourself.” I now understand this doesn’t have anything to do with my hairstyle or shoes. Looking like everyone else is a bad fashion choice. However, thinking like everyone else can be emotionally damaging. One way or the other, your opinions are just as good as mine, and mine are pretty good! Believe it or not, this is not political. Once in a while I will catch a Mr. Roger’s Neighborhood rerun. He had the right idea. He simply talks to the audience. What a positive departure from the yelling, interrupting, and general mayhem that’s becoming mainstream. Talk, think, interact, compromise, dare to share.

There is a commonality about our lives that proves stability. The sun shines on everybody. Taking care of yourself and caring for your own emotions and feelings is important. Knowing your opinions are valid is a self-esteem issue. Crowd mentality and following the herd should not be an option, friends. Know it. Live it.

Log on to www.skatinguphill.com for more from Judith Lawrenson.