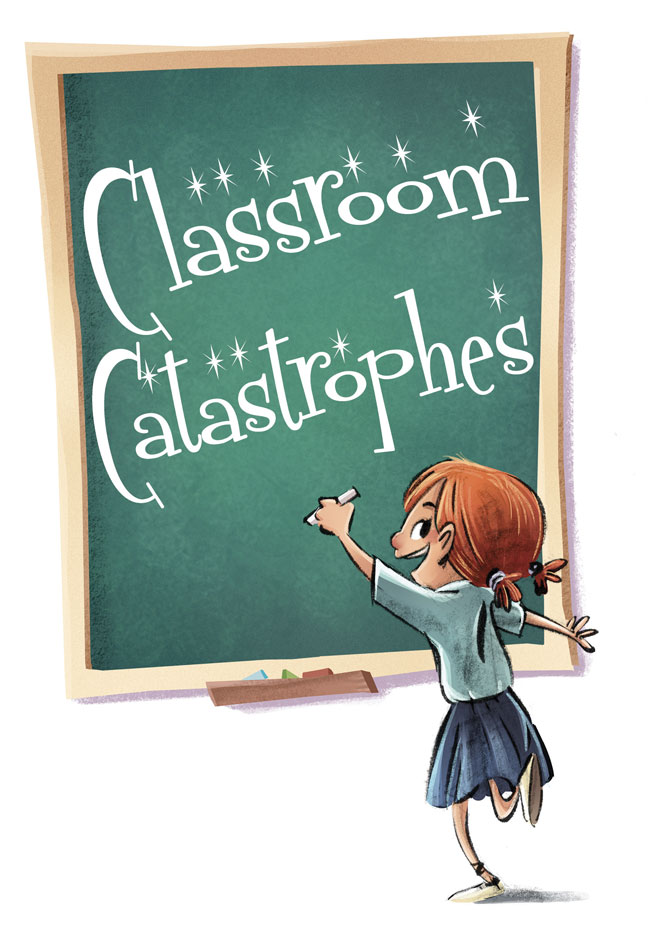 “When I was in fifth grade students didn’t change classrooms, instead, the teachers came to us. One day one of the knuckle-headed boys decided to lock the English teacher out and run back to his seat before she arrived. Me, being of sound mind, figured I would politely unlock the door. To my mortification, the door stuck and wouldn’t open right as the teacher was arriving. I was so embarrassed because it looked like I had locked her out. Eventually, I got it unlocked, but the teacher gave me an accusing look. I never told her what actually happened.”

“Recently we added a doctor kit to our Home Living area of the classroom. I heard a little girl saying her “baby” was hot and needed her temperature to be taken. I looked over and she had the doll baby faced down, patting her on the back, telling her it’s ok and she would feel better, only to realize she was taking the baby’s temperature RECTALLY.”

“Two children were playing in the Home Living area of the classroom. The little boy was sitting at the table enjoying his drink while the little girl was cooking. After a few minutes, he said really loudly, “Hey honey, get me another beer.”

“When I was in third grade I regularly took my American Girl doll “Samantha” to school. One time, I turned in my spelling test, along with a test that “Samantha” had taken, as well. Apparently, for two days all the third grade teachers collaborated and could not figure out who the mystery student was! It wasn’t until my teacher handed the graded tests back, and I asked how Samantha did on hers, that the mystery was solved!”

“It was 1995, my 13th year teaching; I was pregnant and would take naps in the classroom while my second graders were outside with the paraprofessionals. On this particular day, my nap was curtailed by a loud wailing sound. I prayed, “Lord, don’t let it be one of mine!” Well, the Lord ignored my plea. It was one of my boys. He had acquired a small gash on his arm during the 20-minute recess. I attempted to calm him down and told him I had to clean his wound before bandaging it. He decided to run away from me! I ran behind him three times around the room until he fell down in the fetal position. I was tired, and my nap was broken, so I threatened to put alcohol on his wound.”

“I give a ‘candy day’ incentive to my students. One morning as I was in my back closet filling my candy bags, the lights went off and someone slammed the door. Irritated, I fumbled around and finally reached the door ready to revoke candy day from my class … and swung the door open to find no one other than my assistant principal laughing his butt off!”

“One day after class, a student handed me a note on the way out and sweetly smiled at me. The note said, ‘You are a wich (read: witch), and you can’t make me do my homework. Love, Amber.’”

“One year I was teaching 3-year-olds music. We were all having a wonderful time singing. The next thing I knew, there was a boy in the corner peeing on the floor. I didn’t know whether to laugh or cry.”

“When I was in sixth grade, my classroom was right beside the teacher’s parking lot. A boy in my class snatched our teacher’s key fob, and every time she would get comfortable at her desk he would set off her car alarm. After she dug in her purse for a few minutes looking for her keys, he would turn it off, wait five minutes and repeat! I thought she was going to murder us when she finally figured it out!”

“From my first year teaching: I present, review, and work with new vocabulary/sight words each week with my students. In my fifth grade class one week, one of the vocabulary words was ‘manage’. I spent two days reviewing the word’s meaning, giving examples of managing money, managing time, how teachers manage their classrooms, how other living things manage to survive, etc. Then we read a story about baseball, that included the word manage and manager, and reviewed the terms even more on the third day. On day four, when the students were to write sentences using their new words, one student wrote: ‘I love to eat manage on my hamburger.’”

“I had a biology teacher who allowed us to use our notebooks during the semester exam. Leading up to it we spent hours writing everything in our notebook that we might need to know. The day of the exam arrived and the lovely seniors decided to release crickets throughout the school as a senior prank. Guess who hated crickets and thought our class had something to do with it? He took away our notebooks for the exam. When he announced it, all you could hear were crickets (literally). Needless to say, none of us did so hot. He later found out who it was and curved our grades.”

“I went to Catholic school from preschool through eighth grade, where most of my classes were taught by nuns. In middle school, we started to pass tiny notes all over the classroom the size of little spitballs. Every time our teacher would turn her back, dozens of little notes would fly across the classroom. It was all fun and games until our teacher got pelted with one in the face. She then realized that the little papers on the ground were more than just trash, and the entire class got in trouble.”

“Students were building roller coasters last year. This one kid was literally climbing up a floor-to-ceiling bookshelf. Another kid in his group shouted, ‘Get your ass down; you ain’t no damn spider monkey.’ I couldn’t get mad at the cursing because I was laughing so hard.”

“I was working the two's class at a daycare. During free time I was sitting on the floor with some kids doing puzzles. Another kid walks up to me with a screwdriver in his hand and starts twisting it on my upper arm. With a serious face he said, ‘Miss Caren, I’m screwing you!’ I had to excuse myself and laugh ‘til I cried.”

Up Next Month: Health Hazards and Mishaps
Do you have an embarrassing or funny story about a time you were sick or at the doctor? We want to hear it! Remember it's anonymous! We would love to hear it! Email us: This email address is being protected from spambots. You need JavaScript enabled to view it.