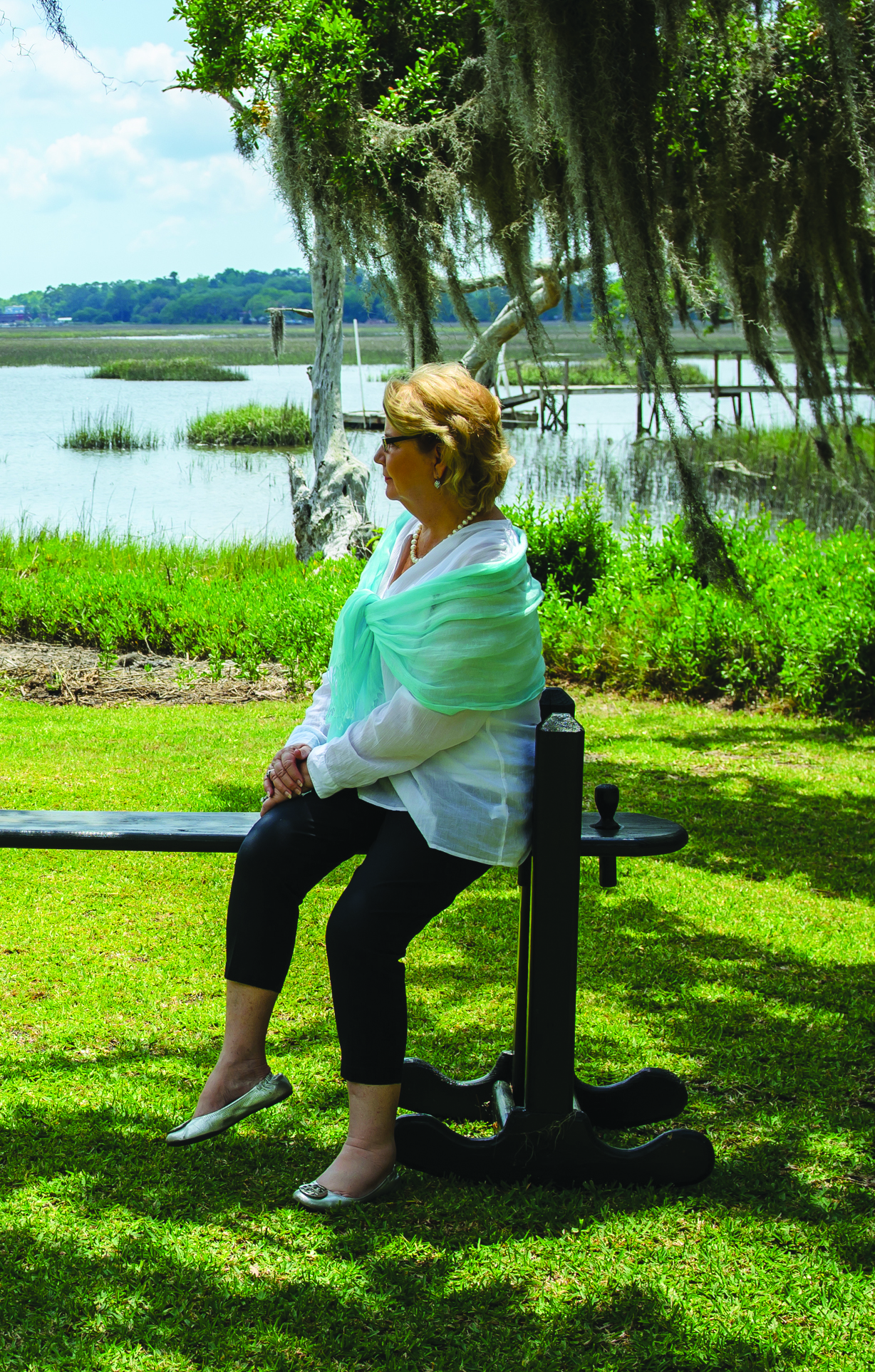 Local Cookbook Author and Pink Magazine's Coastal Flavors' food Writer.
I've been Pinktastic for: A year and a half!
Job Description: Each month I write a food article that features delicious recipes paired with a bit of history, Southern tradition and beautiful photographs by my son, Andrew Branning.

Never Stop Learning: I've always felt that if you want to learn to do something well, you should seek out the people who are at the top of their fields and study them. I'm fascinated with the works of food writer Richard Olney, Chef Alice Waters of Chez Panisse, writer Michael Pollan and Chef Frank Stitt of Birmingham's Bottega Restaurant. They were pioneers at a time when all across the country, and not just in the South, society had lost its connection to the farm and seasonal foods, opting instead for shipped tasteless tomatoes and processed foods conveniently offered in grocery stores. They set out to regain that connection to the land and sea and local, seasonal sustainable ingredients. My books are a platform to express this philosophy.

My favorite spice: This is a hard one... but I have to go with cinnamon!

I absolutely love: Listening to classical music, writing and designing beautiful books, and kayaking off the dock with my grandchildren.

Witnessing History: I was part of a generation of women who were told we couldn't do what we wanted to do. One example I remember vividly, while at the University of Georgia, women were told if we wished to wear shorts while playing tennis, we must cover ourselves with a raincoat while walking across campus. No slacks were allowed and definitely no shorts!
After graduation, I became the Women's Director for WSB Radio, Atlanta, where I was an on-the-air personality. My job was to chat with celebrities about their latest movie or book and write and host features on topics of general interest to women, largely about food and fashion in those days. In the late 60s and early 70s women did not report the news. But that's what I wanted to do.
After being told many times that I could not do this, the day came for the funeral of Martin Luther King. News was breaking out all over Atlanta with reporters scattered and no one else available. I was given a quick lesson on how to drive a news car equipped to report live while driving. My hero in those days was Ralph McGill, American journalist who had won the Pulitzer Prize for his editorial writing, best known as the anti-segregationist editor and publisher of the Atlanta Constitution newspaper.
I thought of him and his words that day as it now was my turn to speak truth to a country in mourning with the eyes of the nation focused on Ebenezer Baptist Church.
I always hoped that being a woman on the scene during such a historical event, perhaps I had a small part in paving the way for the generations of women in broadcasting who came after me.

My favorite color: Pink, of course!

My Inspiration: My Southern born and bred parents were both phenomenal cooks, with mother being hostess extraordinaire, always delighted to entertain or pull out another plate to feed a guest. They both grew up with traditional Southern cooking and using ingredients from their family farms, providing them with a steady source of fresh produce. We always ate local; I thought everyone did.
My generation of women, much like my mother's, threw parties using the sterling silver and cut crystal. We had that special china tucked away just for use during very special occasions and holidays. I like to preserve the memory of this by-gone era. Now when I use these plates of porcelain, they bind our modern home to family and memories of long ago.
So much of my inspiration comes from life in the old plantation house out at the far end of Lady's Island in Beaufort. We lived there at a time when the shrimp boat captains passed by our house and we knew them all by name. Crabbers would come by to empty their traps, then take off full throttle down the river. I learned to catch a blue crab on a string with a chicken neck, go shrimp baiting, and catch dolphin in the Gulf Stream. Boat captains taught me how to cook the catch, and locals were quick to show me how to pick a blue crab as fast as anyone in Beaufort County.
Much inspiration comes from the great chefs I work with from Charleston down through Savannah. They are generous in sharing their special recipes and in helping me to simplify them for the home cook. I never present anything that I cannot cook easily in my own kitchen-local, fast and simple.
I suppose I've been a locavore all my life, long before the designation was coined, a champion of seasonality, purity and authenticity. I'd like to think I'll influence people to eat more local seasonal products, which not only is the key to making all food taste better, but it's healthier and supports the local economy, too.
I design my books to be a magical journey to another dimension. Every painting, every photograph and every landscape reflects a piece of the heart and  soul of this region we affectionately call the Lowcountry.
To write about our food culture is to weave the thread that ties us back to our beginnings of this place rich in history, beauty and folklore. Food is the greatest transporter of the human spirit. One taste and you can jump back to a special moment in life.