Turning a Mess into a Message and Pain into Power 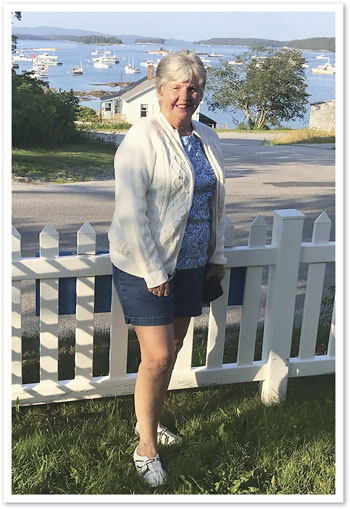 It is difficult to read Jane Carson-Sandler’s story, let alone live through it. But this tenacious, altruistic and immensely strong woman has a reason to keep putting her truth out there: the only way to transform nightmare into purpose is by sharing her experience.

Early on the morning of October 5, 1976, shortly after her husband left for work, a ski-masked man brandishing a butcher knife broke into  Jane’s home. Threatening her between clenched teeth, he bound, gagged and blindfolded both her and her 3-year-old son. After taking the boy away, he viciously raped  Jane, but all she could think the whole time was Where is my son? What are you going to do to my son?

Her attacker was the Golden State Killer, one of the worst serial rapists and murderers in American history. Between 1974 and 1986 he went on a series of sick sprees, leaving entire counties gripped by fear. He raped more than 50 women, killed at least 13 people and burglarized over a hundred homes around Central and Southern California. It wasn’t until 2018 that he was finally caught, ending a 42-year reign of terror over the hearts and minds of so many women and families. A particularly bizarre and disturbing aspect to the case is that his ability to evade authorities for so long was due at least in part to the tactical skill he had as a former police officer and Navy man. But a handful of dedicated individuals never stopped working to crack the cold case. Joseph James DeAngelo was finally apprehended at age 73 thanks to breakthroughs in genealogy and the use of DNA databases for criminal applications. He was living with his daughter and granddaughter in the same Sacramento area neighborhood where the crimes began.

As horrifying as  Jane’s ordeal was, she considers herself fortunate to be one of his earliest victims. She and her son survived, but as DeAngelo’s career progressed he began carrying out his hallmark threat of “Shut up or I’ll kill everything in the house.” He also continued harassing his victims for years afterwards, peeping, stalking and prank calling them.  Jane lived under the constant fear that he was still watching and planning his next attack. But the victim label was one she would ultimately have to shed, in her own words going from “victim to survivor to thriver through the grace and love of God.”

Before she became any of those things,  Jane was a mother, a wife, a New Jersey native and a servicewoman in the U.S. Air Force Nurse Corps from which she would eventually retire as Colonel after an outstanding 30-year career. She was no stranger to trauma, treating gunshots, stab wounds, infections, missing limbs, people blinded or maimed, POWs and soldiers returning from the front lines. Jane had seen it all, every sort of mental, physical and psychological damage that humans can live through. But nothing could have prepared her for the trial of being brutally violated herself.

“After the attack I was so shamed,” Jane says, recalling that in the 1970s rape was a completely taboo subject. “I didn’t want to tell anyone. But if you keep it inside it’s just going to fester and make you physically and emotionally ill.”

When police came to the crime scene she was subjected to a barrage of questions from male officers, then taken to a hospital and left alone for hours before being examined by a male doctor who didn’t have the faintest clue how to understand her emotional state. There was no comfort, no compassion, no sensitivity. In the aftermath she often felt as though she were going crazy, and it was three months before she had the presence of mind to seek help from a rape crisis center. The counseling she received, and the connections she made with other women who had been assaulted, was tremendously helpful. Just knowing they had gone through similar thoughts and emotions made her realize she was not alone, not going crazy. In spite of the ongoing fear she felt, and the dissolution of her marriage that couldn’t bear the strain, she was able to move forward with her life. She remarried, continued to raise two children, progressed in her education and career. But the pain, rage, depression and negativity were not gone. When they resurfaced later in life, it drove her into alcoholism. After struggling in silence with this for years, Jane received treatment, relapsed, then quit once and for all by what she calls a miracle from God. At this point faith took over, and her life’s purpose became even stronger. 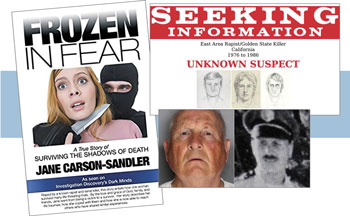 “We are only as sick as our secrets,” says Jane, who sees definite improvement in societal awareness and response toward rape. “Today women are coming forward—but not enough! It’s really important to report your crime to the police, but also to share with someone who cares, who validates you, who actually hears you and doesn’t just brush you off. And when you tell your story, that inspires someone else to tell theirs. You have to turn your mess into a message and your pain into power.”

Jane has facilitated a group of rape and incest survivors and spoken to prison inmates convicted of rape. She has volunteered with Hopeful Horizons, a children’s advocacy, domestic violence and rape crisis center in Beaufort. She’s gotten trained in crisis counseling and been present at the bedside of women post-assault, giving them the care and understanding she so desperately needed after her own attack. She has written two books that not only tell her story but also give wonderful guidance to survivors such as: “No matter the circumstances of your rape, you handled it the best way you possibly could,” and “Forgive—not because the rapist deserves forgiveness, but because you deserve peace.” She has formed close bonds with her “sister-survivors” of the Golden State Killer and given numerous talks to spread her message of hope and empowerment. She has moved on, paid it forward and thrived.

Yet last year when she attended DeAngelo’s first court appearance, she found that the trauma lingered deep inside. They were about to bring him into the courtroom in a cage when Jane, who had never broken down in any of her numerous public speaking engagements, suddenly began sobbing uncontrollably. All the pain, all the rage, all the thirst for revenge that she had worked so hard to put behind her came flooding back. The man she thought she had forgiven was once again the monster who’s face she wanted to rip apart. Sitting next to Jane was a friend and sister-survivor whose mother had been raped and murdered by the Golden State Killer. She wrapped her arm around Jane and said, “I’m putting the armor of God around you. This is your moment, and I want you to be in it.” Instantly the tears stopped,  Jane regained composure and was able to look her attacker in the face after 42 years of fear. And when she walked out of that courtroom, the process of putting her love, hope and dignity back together began all over again.

“Our wounds heal but the scars remain,” says Jane. “Everyone has traumas, and something like this is going to be there the rest of my life. But thanks to my Lord, I’ve been given the strength to get through it. I’m not sorry this happened to me because it’s given me the chance help others. That has become my mission.”

Jane Carson-Sandler is available to speak about her experience in any appropriate forum. Her email is This email address is being protected from spambots. You need JavaScript enabled to view it.. A local resource for assault victims is www.hopefulhorizons.org/. More information about survivors of the Golden State Killer is at www.sister-survivor.com