“Be the Change You Wish to See in the World” -Gandhi 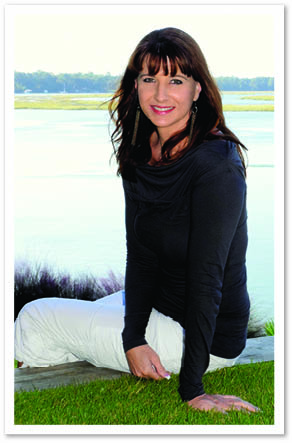 In October 2000, Suzanne Hobbs, working as a TV reporter in Idaho Falls, was the first reporter on the scene to cover a story she’d never forget. She had learned not to get too personally involved in her work. Like many of us, she developed an emotional barrier between herself and the tragic real-life stories she was exposed to day-after-day. But that fall morning, she watched the tiny lifeless body of a newborn being retrieved from a filthy dumpster. She couldn’t let it go. And what she did changed her life.

If you Google Suzanne Hobbs, the first entry is a 3:40 YouTube video of her appearance on the Oprah Winfrey show in 2006. Suzanne described that she had discovered that the mother of the abandoned new born was an 18-year-old girl who’d felt alone, desperate and afraid to tell anyone about the baby. The teenage mother thought the baby was stillborn and didn’t know what else to do. She went to jail.
Suzanne was then a young wife and having difficulty getting pregnant. She felt personally devastated at the senseless loss of a child when she so desperately wanted one herself. She also felt compassion for the young girl who believed she had no other options. Suzanne turned her indomitable energy and drive into getting a safe haven law passed in Idaho. She shadowed her state senator and in April 2001—merely six months after the baby was recovered from the dumpster—the Idaho Safe Haven Law was passed and signed into law. Suzanne’s efforts were publicly recognized.

Safe haven laws make it possible for mothers to give up their babies to a hospital, police station, fire station or medical facility with the guarantee of anonymity. There is absolutely no punishment or legal consequence. The mothers are encouraged to provide medical background and information, but it isn’t mandatory. The law is intended to provide safety for the infant and protect the parents from criminal charges of abandonment.

After getting the Idaho law passed, Suzanne worked in partnership with the National Safe Haven Alliance. Currently, all 50 states have safe haven laws (also known as Baby Moses laws) but there are variations among states as to who exactly can give up the baby and under what circumstances. The National Safe Haven Alliance has an interactive map that can provide information about each state.
On July 13, 2003 Suzanne became a mother to Lilly—a baby girl surrendered under the Idaho Safe Haven Law. Suzanne’s smile says everything possible about how she feels being Lilly’s mom, even now, 12 years later.

Suzanne said, “I know my life’s mission was to be Lilly’s mom. I’ve had some really tough times, but I am truly thankful for all life’s challenges because they make me grow. I have some scars, but they tell stories and I love stories.” Mother and daughter both love new experiences. Suzanne says, “I love the adventures of life. It may not turn out how you think, but you just don’t know. Everyday can be something. “

Suzanne and her partner (in and out of work) Doug Succor have recently become Lowcountry residents and small business owners. They opened Fast Fit Body Sculpting, a non-surgical proprietary system that uses diffused light to literally collapse, emulsify and remove fat. They opened their offices—located in Moss Creek Village—in August and already the business is going gangbusters. That’s where I caught up with Suzanne.

Most of Suzanne’s sentences are short because it’s a workday and the demands of a new business don’t stop, even if you block out space on the calendar. I get a full glimpse of her high-octane energy and enthusiasm as she races around to take care of business. (My private thought: if they gave money back guarantees that Fast Fit Body Sculpting could make you look like Suzanne they’d be rich for life!)

As a South Carolina resident, Suzanne is committed to educating people about the safe haven law here. She hopes to work with school districts and start a public announcement campaign encouraging families with young women to talk about what a safe haven law means.

One day Suzanne saw something that changed her. She didn’t turn away. She helped to change the world. And her courage gave her a daughter that changed her life. No wonder Suzanne loves stories. She’s living a truly great one.

Up Close:
Literary duo: Lilly and Suzanne are co-authoring an illustrated children’s book.

Geography lesson: Suzanne intends to take Lilly to all 50 states.  They’re more than halfway to their goal.

Culinary adventurer:  Lilly feels quite comfortable dining at the Pink House in Savannah; or ordering mussels in wine sauce.