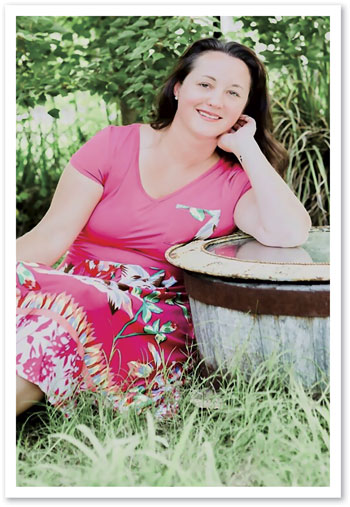 
Summer Settle is a dragon slayer; conqueror of a beast within. As a recovering alcoholic/addict,  strength of mind is her weapon of choice, and her new reality is better than ever.

South Carolina born and raised, Summer’s first dopamine surge was at the age of 16, and intermittently over the next 20 years. Bliss and feelings of euphoria are the brain-rewards of this feel-good chemical, and an addict craves the flood of dopamine that drugs and alcohol provide. Scientists have analyzed this phenomena of the brain for decades, and continue to estimate that genetics influence a person’s risk of becoming an addict by as much as 60 percent; environmental factors make up the remaining. It is understandable that the word addiction comes from the Latin word meaning enslavement. Over time, an addict craves more and more, simply to feel normal. The imbalance is the beast, and the mind wants what it wants. Gratefully, this was part of Ms. Settle’s past. “I appreciate everything that happened with me,” she said. “The good and the bad.”

Summer is a University of South Carolina graduate, holding a bachelor’s degree in political science, and a master’s in hospitality. An only child, she was born in Greenville, SC and brought up in Chapin, SC; raised on the lake by her parent’s, the late Tommy and Nancy Whiteside. They were a close and loving family, who enjoyed competitive sailing. She remembers them as social drinkers only. Summer tragically lost her father 20 years ago in a freak accident involving an unscheduled Amtrak train that struck him during his routine run while wearing head phones. It has been only three years since her mother passed away from cancer, and it was after this significant life event, and a milestone 40th birthday, when Summer’s drug and alcohol consumption became toxic.

“My mom was my best friend,” she said. “Losing her was devastating.” Soon after her passing, she left on a two-week mission trip to Africa to give compassionately of herself, and perhaps escape the reality of her loss. “This trip was completely life-changing,” she smiled. “Amazing that these wonderful people have nothing material, but are content and happy with the love from their families and their community.” Upon return, the beast continued to test her, so she made the decision to enroll in a 30-day outpatient treatment program. Summer graduated successfully, but continued to indulge in an occasional drink. She believed she could control the addiction. But, soon came periods of time that were unaccounted for, and a darkness that was all consuming. Abstinence was her only solution.

Summer credits her dear friend, Ashley Rhodes, with saving her life—quite literally. She took Summer to a counselor’s office, and from there was admitted to The Owls Nest Recovery Community, an intensive residential facility staffed entirely by former addicts. Patients focus on recovery and endeavor to find healing and guidance. “These are salt of the earth people,” she said of the employees. The facility patterns their therapy to that of Alcoholics Anonymous’ 12-step program. Their Big Blue Book details the 12-step process, and assists in a complete life restructure. “I’ve encouraged all my friends to read this,” she beamed. “Everyone should, not just addicts.” It is the No. 2 best selling book worldwide, directly behind The Bible. It’s a guide for living an abundant life, and Summer refers to it daily! The Owl’s Nest was imperative in her revival, and helped her discover humility. She learned the importance of mindfulness, finding the precious, present moment is quite calming. Summer’s solid Christian faith is also a source of great comfort. “I am firm in my love for God,” she said. “He is the cornerstone of my life.”

Summer moves forward with the knowledge that she can share her gifts with others, while continuing to strengthen herself. She is currently training to instruct intentional yoga classes, which are modeled after the structure of 12-step meetings, connecting with others in recovery, while paying it forward with love.

“This is my reality and my truth,” she smiled. “My life now is an open book,” and her story reads beautifully.

Summer is... the loving mother of a beautiful 9-year-old son.

Crowd Surfer: She is a Music Festival Lover!

Meaningful Reminder: Summer has a small tattoo of a semicolon, signifying Project Semicolon. Founder, Amy Bleuel, created the organization in dedication to the prevention of suicide; “When an author could’ve chosen to end their sentence, but chose not to, and here, the author is you and the sentence is your life.”