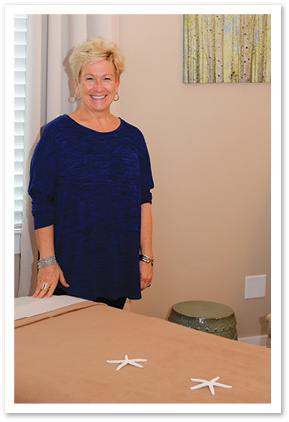 February 8th, 2002 began as an ordinary, cold winter day for Nan and her husband Jim. That evening they attended the grand opening of a new restaurant in town and met up with their son Jacob, who was playing pool with his friends. Little did they know it would be the last time they would ever see Jacob alive. The next morning the phone rang at 4:27 a.m. What they were about to hear would change their lives forever. The person on the other end was Jacob’s girlfriend telling them that Jacob had just been shot. They immediately rushed to Jacob’s apartment. The police and paramedics were there. They were not allowed into Jacob’s room. No one was saying anything. After waiting an agonizing two hours, a policeman came out and announced: “We have to call the coroner.” Nan and Jim were stunned–in shock and total disbelief that Jacob had been fatally injured. The next few months were a blur. They were trying to find ways to cope and pick up the pieces to get on with their lives.

In the fall of 2002, one of Jacob’s friends told Nan about Dwanna Paul, a medium who had recently moved to Hilton Head Island, who “talks to dead people.” Nan immediately set up appointments for herself and her family. In the sessions, Dwanna delivered messages from Jacob, including information that no one knew about except Nan and her family. This gave them all great comfort and certainty beyond a doubt there is no such thing as the finality of death. The body is only the vehicle; the spirit lives on.

In 2005, Nan spent several months working side by side with her beloved nephew Brice, renovating a guest cottage on family property.  They became extremely close during this time.  She credits Brice with helping her to open her heart and love again. Just as she was beginning to feel life force finally return to her spirit, Brice was murdered.  Soon after that two more cherished relatives departed.
In 2007, Nan opened the Village Spa, a hair salon, in one of her properties. Since she had been through the grieving process so many times and was still healing herself, Nan decided to use the empty space in that building to hold events to help others.  When Dwanna was in the area, she held “Circles of Light,” where spirits of the deceased gave messages to those present. Nan continued to receive messages and guidance from Jacob. Whenever Nan and Dwanna were together, Jacob never failed to speak some message of comfort or guidance for Nan.

In 2013, Nan was inspired by Jacob to create a permanent healing center. She felt it would be the most fitting way to honor her son’s memory. The Just Be Centre for Enlightenment opened its doors in September 2015 at 159 State Street in Bluffton, SC. Nan serves as the director. She has recruited an impressive group of skilled therapists, offering massage therapy, yoga, aromatherapy, reflexology, natural skin care, reiki, nutritional counseling, chiropractic care, meditation, holistic medicine, as well as life coaching, grief counseling and counseling for children who have been abused. Dwanna Paul will also offer mediumship sessions when she is in this part of the country. As part of its mission to restore people’s vitality, the center will host special events, workshops and lectures. This is the first holistic wellness center of its kind in the region.

Letting no dust settle under her feet, Nan is already planning Phase II. Her intention is to develop a spiritual retreat center and meditation garden for grieving families. She has already opened her doors to establish a Compassionate Friends support group. Turning grief into gratitude and giving, Nannette Manning is a shining example of triumph over tragedy. Her passion, perseverance and vision will provide hope, comfort and healing to many for years to come.

Nan’s motto:  We shall overcome.

Where Nan gets her inspiration:  From her son Jacob on the “other side.”  She is also bolstered by unending support and comfort from her husband, Jim.

Nan’s message for others who have lost a loved one:  “Death does not part us. Energy is never created or destroyed. It just changes shape and form.”