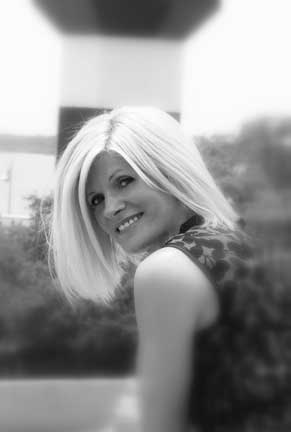 Nadia Wagner stands behind a counter at the Harbour Town Lighthouse, greeting visitors and handing out wristbands as fast as her fingers can fly. As one of the only female lighthouse keepers in North America, her main job is to oversee the daily operations of the busy museum and gift shop. But her calling, she says, is making people happy.

Rolling out the welcome mat seems to come naturally for this perky
blonde whose knack for customer satisfaction has propelled her career
since the day she arrived on Hilton Head Island. But itwas her journey
that prepared her to be a true ambassador of light.

Born in Yugoslavia, Nadia faced early challenges, including her
father's illness and untimely death. Thrust into the role of caretaker
to her younger sister while her mom worked multiple jobs, she learned
about survival. "My mom was left to raise three kids in a Communist
country, where a single mom, struggling to make a better life for her
children, is not looked up to as here," she said.

And so, they dreamed, as everyone did, of life in America. After nine
years waiting for approval and after her older brother served his time in
the military, in 1977, Nadia's family immigrated to the U.S., moving to
Chicago to live near her mom's sister.

While American life was Nadia's dream come true, soon she would
face new trials. At age 18, she conceived a child, and though she lived
with her son's father for a while, the relationship did not work out. She
later moved to Houston where she married and gave birth to a daughter.
As the marriage began to falter, Nadia and her husband brought their
family to Daufuskie Island to begin anew. They ultimately divorced,
but Nadia has never regretted the move.

"I ended up having to start another life. Thinking of myself as a
failure, I worried about what others were thinking," she said. But she
picked herself up and began building her career, starting as a waitress
at Melrose-a job she grew to love because of the kindness of her
employers and the closeness of the community. "It was like God put
angels in my life to help me through," she said, one of whom was her
husband, James Wagner.

"He showed me kindness and how you can be a caring, loving
person-accepting, honest, dedicated, all in one," said Nadia, tears
welling up as she described her life partner of the past 18 years. It was
through James that she discovered her own guiding light, she said. "I
was taught to be honest and hard-working; and if you do wrong, you
get punished. But there was one major part that got left out: No one
ever taught us that God loves us. It was when I met my husband that I
learned: He [God] knows where you've been, and better yet, he knows
where you're going."

Nadia moved to Hilton Head Island in December, 1990, to work at
the Quarterdeck. Starting as a waitress, she quickly made her way to
management and sales, which ultimately led to her current position.
While the Harbour Town Lighthouse doesn't officially guide any ships,
its keeper is a ray of light and beacon of hope for all who cross her
path. Nadia no longer worries about what people think, concentrating
instead on the person she knows she is. Describing her daily mission,
she said, "It is important to be there for others and to welcome them
with open arms. You never know when a kind gesture will change
someone's outlook on life."