A Crucial Link in the Heritage Classic Foundation 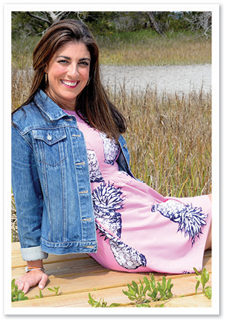 Every year since 1969, The Heritage Classic PGA tour event has brightened Hilton Head Island with luminous personalities, flashy outfits and inspirational moments. Arnold Palmer introduced Hilton Head Island to the world by winning the inaugural event.  Crowds could feel the “Love” as Davis took home the trophy five times. Leukemia patient, Jamie Hutton, inspired and motivated Greg Norman as he came from three shots down to win the 1988 championship. Payne Stewart oozed class and spirit, proving that real champions could win in knickers. Jim Furyk cut swaths across acres of grass, yet was crowned champion because in sudden death, a golf club grazed a single blade in 2010.

The parties, personalities and pars are just a piece of what tugs on the hearts of so many Heritage supporters. The driving force that draws hundreds of thousands of fans each year is the Heritage Classic Foundation. That is where Angela McSwain enters into the picture. Angela has worked with the foundation since 2003, presently in the role as Marketing and Communications Director. The morning after the tournament is in the history books, Angela is calculating the numbers. Her directive is not to estimate profits, but to determine the funds to be allocated to charitable groups throughout the Lowcountry. Last year that number totaled $2.4 million dollars. Since 1987, the Foundation has distributed $35 million dollars to non-profit organizations.

I met Angela at the Heritage Foundation office. She came around the corner with an illuminating smile that could brighten the beaches of Hilton Head even through the “Lights Out” summer sea turtle protection program. As we sat in her office, introductions led to Angela talking about her young days in Rhode Island. When she claimed she was a Red Sox fan, I knew this interview would be awesome.
Angela attended Emerson College in Boston, majoring in broadcasting. Right out of school, she was offered a position with an ABC affiliate TV station in Florence, S.C. She took the job without coming down to take a look around. After a short period, she transferred to an ABC station in Columbia.

Angela slowly worked her way towards Hilton Head Island, next employed at WJCL as the Lowcountry reporter. One more shift brought her to WSAV. By this time some soul searching guided Angela to making a major decision. She knew if she remained in broadcasting, it would involve constant moving as she rose toward positions at the national level. Angela loved the people and culture of the Lowcountry, so she decided to establish roots in the region. While handling public relations and event planning for Hargray, she met Steve Wilmot, Tournament Director, and his Heritage team. Angela was hired and has been a dedicated member ever since. She stuck to her goals, married her husband, Toby McSwain, and they have a beautiful, energetic nine-year-old daughter.

Angela’s responsibilities are extensive. Once the data has been evaluated from the past tournament, she designs advertising and marketing strategies for the following year. “The bottom line is we have to sell tickets to the event. Advertising drives ticket sales. The combination of these two pieces determines how much money the Foundation can give back to the community.” Angela also facilitates the social media facets of the tournament. This is one of her greatest challenges because things change so fast in this part of the business. As the tournament approaches, Angela handles all aspects of the media including access, credentials and logistics. Some major players include the Golf Channel, PGA, CBS and Radio PGA Entertainment.

Once the tournament begins, options for sleep are minimized. Angela is on call before sunrise and until every minute detail is arranged for the next day.  She is the beacon for hundreds of media personnel and volunteers.  She loves it. The one little irk is, “I love that I play an important part in the tournament, but I get bummed that I miss all the fun.”  What keeps Angela going through times of hectic clamor and exhaustion? “My heart stays true to our mission: To improve lives!”  Of course the team’s greatest fear is the uncontrollable factor of weather.  “Although I don’t get rattled as easily, the first time the forecast suggested rain, I thought I was going to have a heart attack.” Now she takes things a little more in stride.

The bottom line is that Angela is a warm, caring, ultra-positive person. “I feel so lucky to live on this beautiful island. I have a fun job. I’m a part of the best week on Hilton Head and part of the wonderful Heritage Classic Foundation. My small contribution plays a part in strengthening our economy and giving so much back to the community.”

So while you’re out with family and friends enjoying the competition, culture and curiosities of the 2017 Heritage Classic, think of the hundreds of employees and volunteers that bring this celebration to fruition. Keep an eye out for a woman buzzing around, juggling personalities and logistics. Say, “Hi Angela. Thanks for all you do to make this a very special time on Hilton Head.” I bet you’ll get a responding smile and a warm glance. She’d probably love to stop and talk, but the team has got a tournament to run and lots of people to help.

Five things you may not know about Angela:
1) I‘m not a good golfer!
2) I grew up playing softball and played on my college team.
3) As a TV reporter in S.C., I met Presidents Bill Clinton, George H. and George W. Bush.
4) I can write in mirror image, as well as normally.
5) I worked at CVS in high school and was the youngest pharmacy technician to ever work for the company at that time.